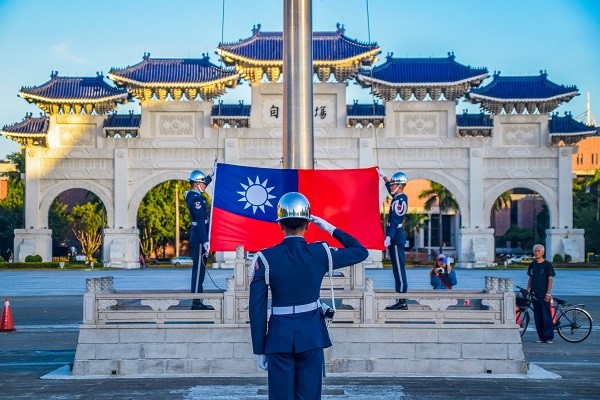 TAIPEI (Taiwan News) — In response to an unprecedented statement of support from G7 leaders, Taiwanese Presidential Office Spokesman Xavier Chang (張惇涵) said that his country will be the "greatest force for good" in the Indo-Pacific region.

After the 47th G7 summit came to a close Sunday evening (June 13), the leaders issued a communique that included a statement on the importance of peace and stability across the Taiwan Strait and encouraged the peaceful resolution of cross-strait issues. In response, Chang noted that this was the first time the G7 had emphasized the need for cross-strait peace in a communique.

He added that following the Japan-Australia 2+2 statement, which also stressed the importance of "peace and stability across the Taiwan Strait," demonstrates that the world’s major democracies have "once again concretely expressed their great concern for regional peace and stability."

On behalf of Taiwan's government, Chang said he "sincerely thanks the G7 member states for their firm support for Taiwan." He pointed out that this was the first time since the establishment of the G7 and its predecessor, the G6, that it had published "content friendly toward Taiwan."

The spokesman said this "confirms that peace and stability of the Taiwan Strait" are not limited to relations between Taiwan and China. Rather, it signifies that the cross-strait situation has been elevated to the level of the Indo-Pacific region, that it has become the focus of global attention, and that countries now recognize cross-strait stability as crucial to a "free and open Indo-Pacific region," he stated.

Chang reiterated that Taiwan's consistent position is to "neither to succumb to pressure nor advance rashly when receiving support." He noted that Taiwan and G7 members share the same basic values of democracy, human rights, and freedom.

The spokesman vowed that Taiwan will adhere to its role as a "responsible member" in the region and also "firmly defend the democratic system and safeguard shared universal values." He pledged that the country will continue to deepen its partnership with G7 member states and other like-minded countries, strive for more support from the international community, and "firmly contribute the greatest force for good” for peace, stability, and prosperity, and development in the Indo-Pacific region.