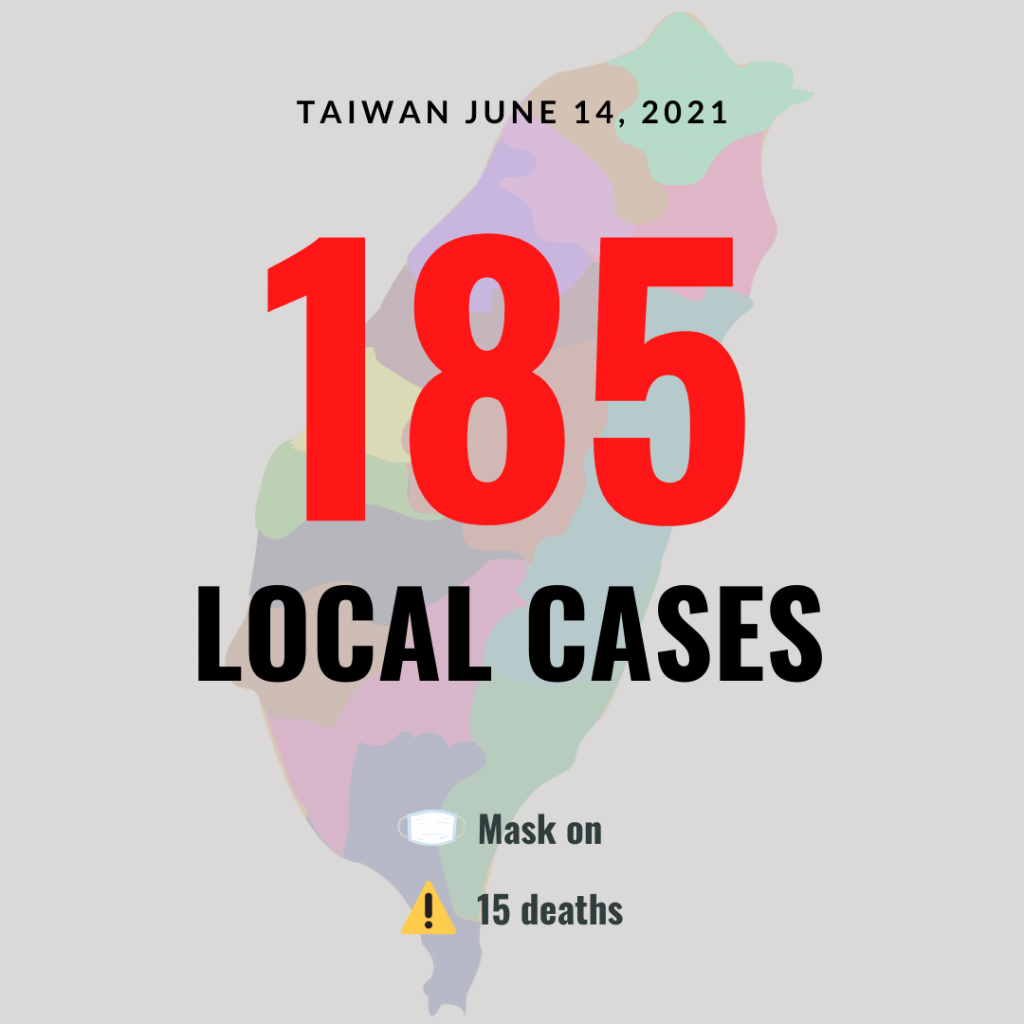 The CECC pointed out that of the 185 new cases, 83 were male and 102 were female, ranging in age from under five to over 99 years old. They began to suffer the onset of symptoms between May 28 and June 13.

Regarding the new cases, New Taipei City reported the most at 98, while Taipei City had the second-highest number at 42. Among other municipalities with significant cases was Keelung City with 14, Taoyuan City with 10, and Miaoli County with seven.

CECC head Chen Shih-chung (陳時中) said the trend shows the number of confirmed cases is decreasing, indicating the Level 3 alert is getting results. He encouraged everyone in Taiwan to continue to follow CECC guidelines.

Among the 15 deaths, nine were men and six were women, ranging in age between 50 and 99 years old.