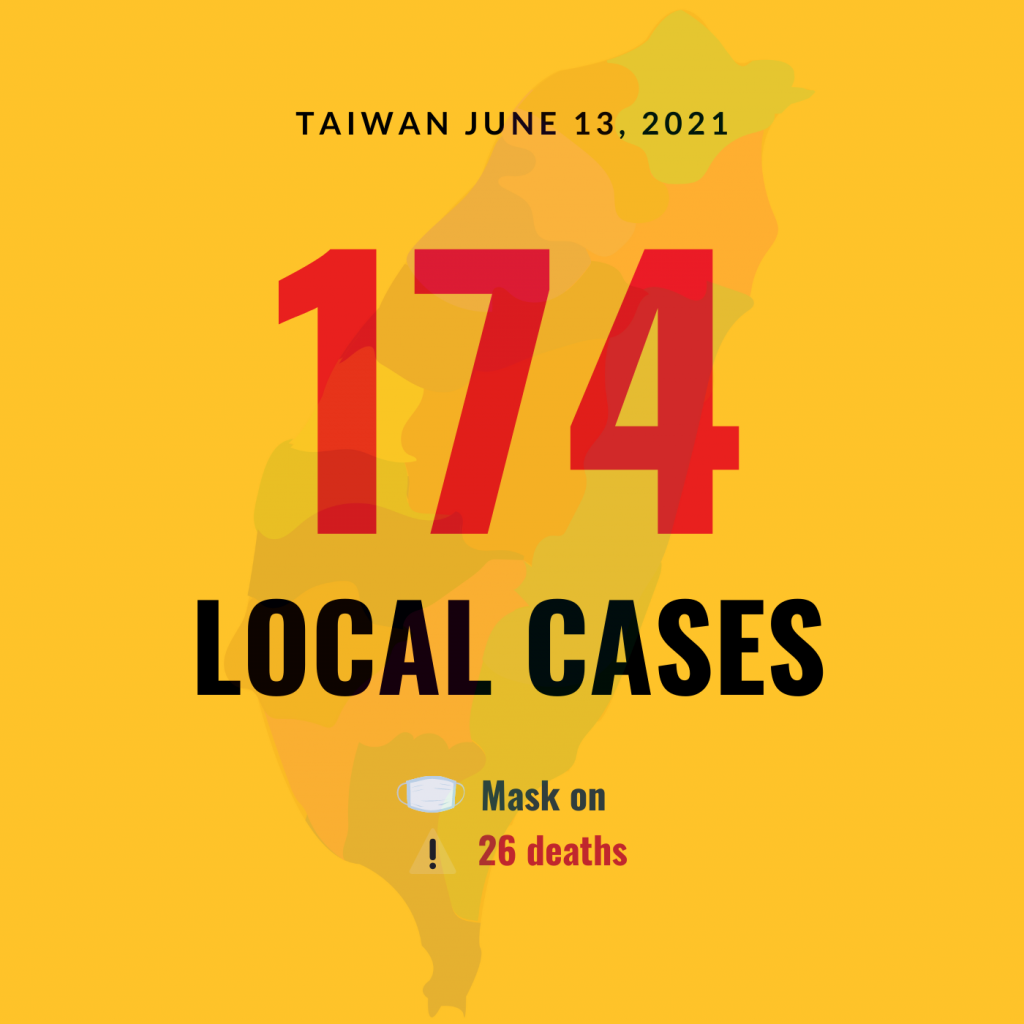 Of the 174 local cases, 79 were male and 95 were female, ranging in age between under five and over 90. New Taipei had 81 cases, Taipei City had 62, Taoyuan City had 16, Keelung City had seven, Changhua County had four, Hsinchu County had two, and Taichung City and Hualien County each reported one.

Among the 31 cases that were confirmed in counties and cities outside the Greater Taipei area, 20 cases have known sources of infection, seven have unknown sources, and four are currently under investigation, according to a CECC press release.

According to the CECC, Taiwan has reported 11,713 local infections, 1,155 imported cases, and 437 deaths so far. Thirty-six cases were from the Navy's "Goodwill Fleet," two were from a cargo pilot cluster, and one was an unresolved case. A total of 92 earlier cases were removed from the list of confirmed cases.