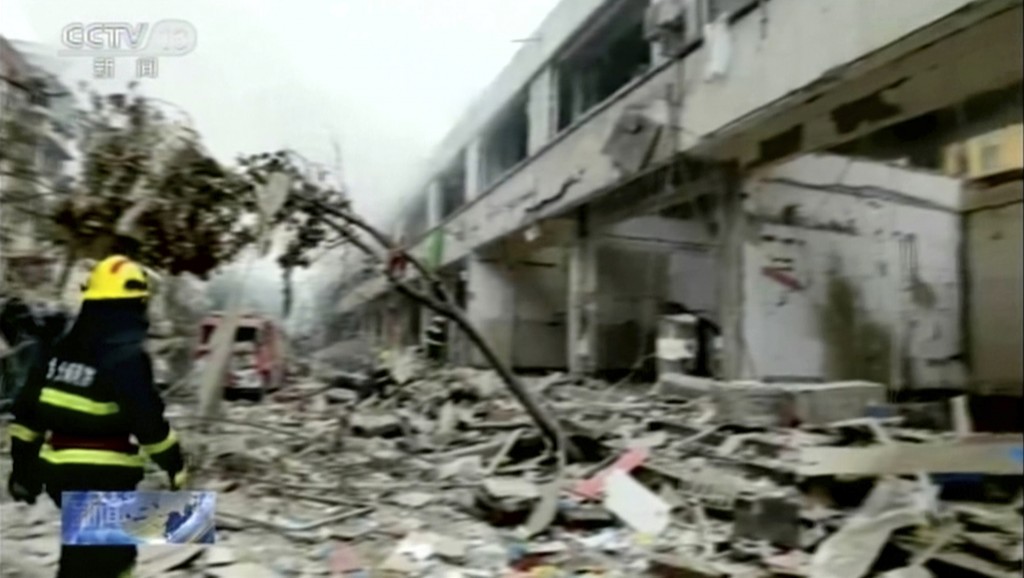 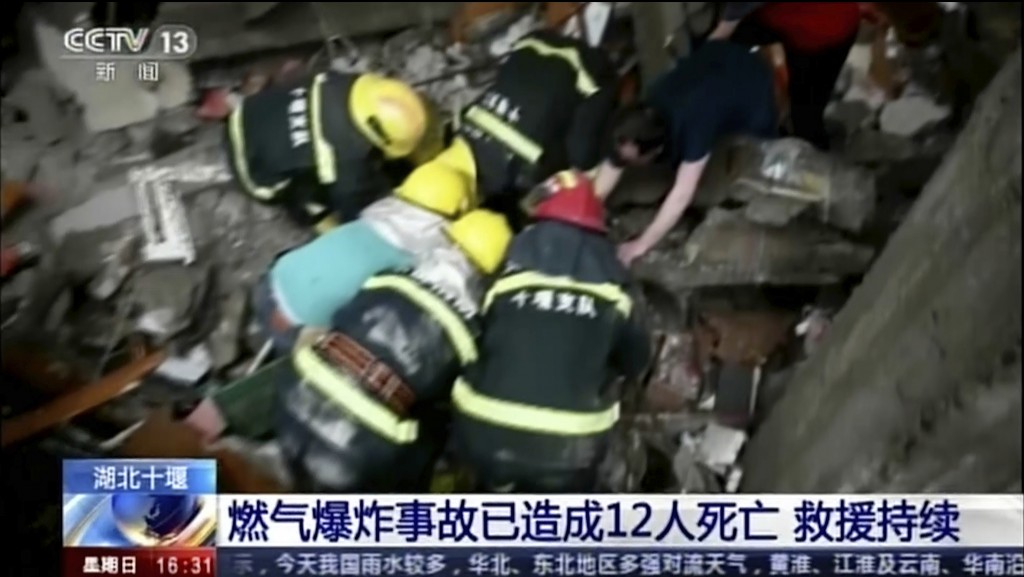 BEIJING (AP) — At least 12 people were killed and 39 seriously injured Sunday after a gas line explosion tore through a residential neighborhood in central China.

Responders to the early morning blast in the city of Shiyan in Hubei province sent more than 150 people to the hospital, according to officials quoted by state media.

The cause of the explosion remains under investigation.

Stall keepers and customers buying breakfast and fresh vegetables at a food market were the majority of victims when the explosion hit shortly after 6 a.m., according to the reports. The blast struck a two-story building built in the early 1990s, which includes pharmacies, restaurants and other businesses. More than 900 people were evacuated from the area.

Images showed rescuers climbing over broken concrete slabs to reach those trapped inside.

Chinese president Xi Jinping called for a thorough probe into the cause of the blast in order to create a “good atmosphere” for the 100th anniversary of the founding of the ruling Communist Party on July 1.

“In light of numerous accidents at companies and on campuses, all must work together to shoulder their responsibilities, strengthen their political comprehension and root out the causes of such hazards," Xi was quoted as saying by the official Xinhua News Agency.

The Shiyan explosion came a day after eight people died and three others were injured when toxic methyl formate leaked from a vehicle at a chemical handling facility in the southwestern city of Guiyang.

The blast appeared similar to one that occurred in the northeastern port of Qingdao in 2013, in which 55 people were killed when underground pipelines ripped open following a leak.

Frequent deadly accidents are usually traced to weak adherence to safety standards, poor maintenance and corruption among enforcement bodies. Those responsible are often handed harsh punishments, but high demand and the desire for profits often trump such concerns.

Among the worst accidents was a massive 2015 explosion at a chemical warehouse in the port city of Tianjin that killed 173 people, most of them firefighters and police officers. The blast was blamed on illegal construction and unsafe storage of volatile materials.