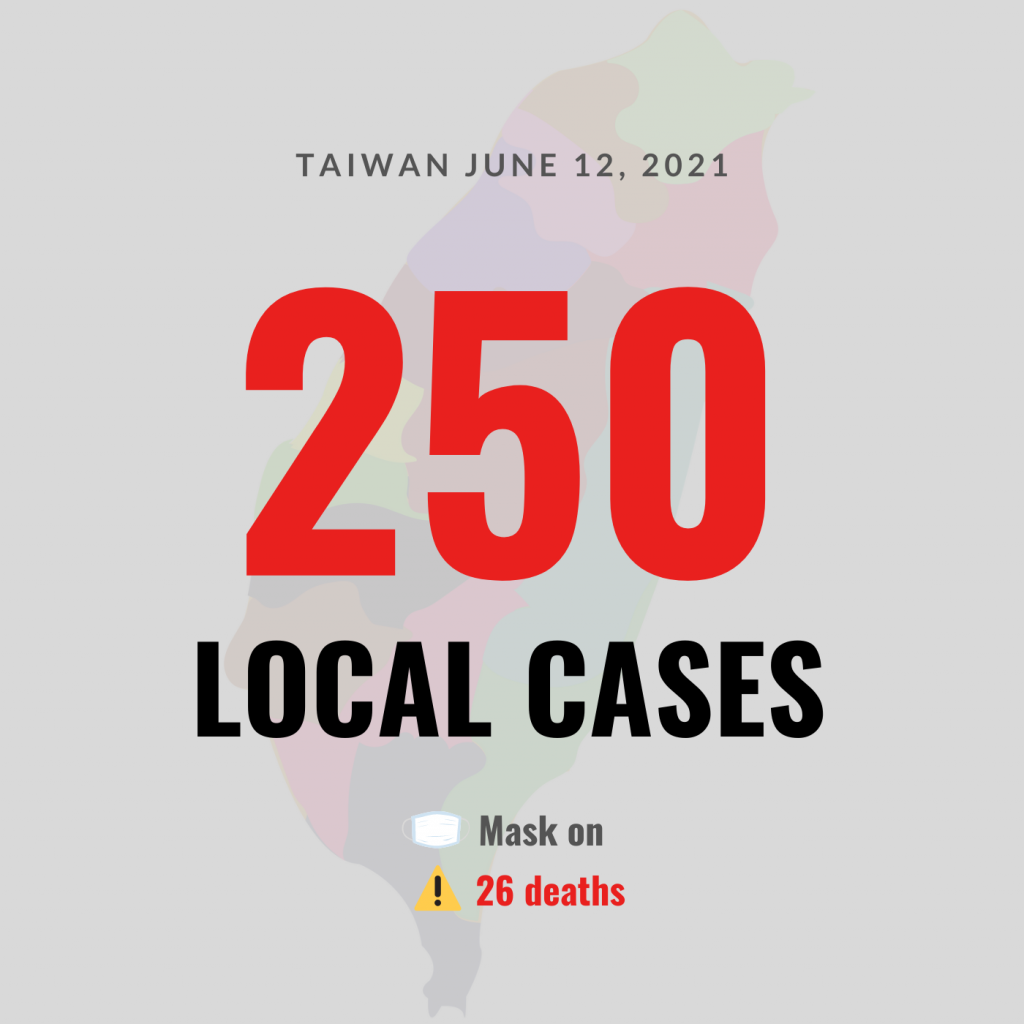 Of the new local cases, 116 were men and 134 were women, the Central Epidemic Command Center (CECC) said. The youngest new case was less than five years of age, while the age of the oldest was more than 100.

The only imported case was a Taiwanese woman in her 40s who had returned from China on May 30. She developed a fever during her stay at a quarantine hotel and was tested on June 10.

Taiwan’s total of 12,746 coronavirus cases includes 11,539 domestic cases, 1,154 imported ones, and 411 deaths. A total of 36 cases originated from last year’s journey by the Taiwan Navy’s "Goodwill Fleet," two were infected on board a flight, one case was classified as unresolved, and 14 cases are still under investigation.

A total of 92 earlier cases were removed from the list of confirmed cases. Level 3 restrictions are in force until June 28, including a ban on outdoor gatherings of more than 10 people and indoor gatherings of more than five, as well as compulsory mask wearing outside the home. Indoor dining has been banned nationwide, with restaurants and stalls providing takeout meals.