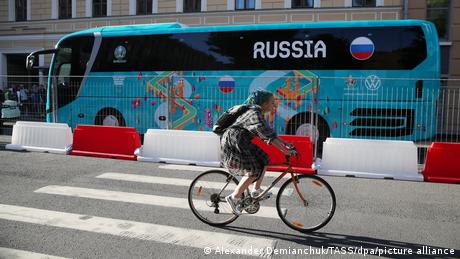 European football's governing body UEFA had already approved Robert Kempe's license at the beginning of May, WDR said in a statement.

"However, he was informed in writing that local authorities in one country had rejected his accreditation after a 'background screening,'" the statement read, adding that UEFA confirmed the country was Russia.

UEFA said the accreditation of the award-winning journalist would remain valid for the other 10 Euro 2020 venues across the continent.

WDR said it was working on finding an alternative, noting that accreditation would simplify visa procedure.

"We call on Russia to provide clarification and to grant our colleague free access to the Russian venues so that he can carry out his work as a journalist on site," said WDR editor-in-chief Ellen Ehni.

"We see this as a restriction of press freedom that is unacceptable to us," Ehni added.

WDR added that Kempe, who has been a journalist there for more than a decade, has reported on the intersection between politics and sports and produced several projects about Russia.