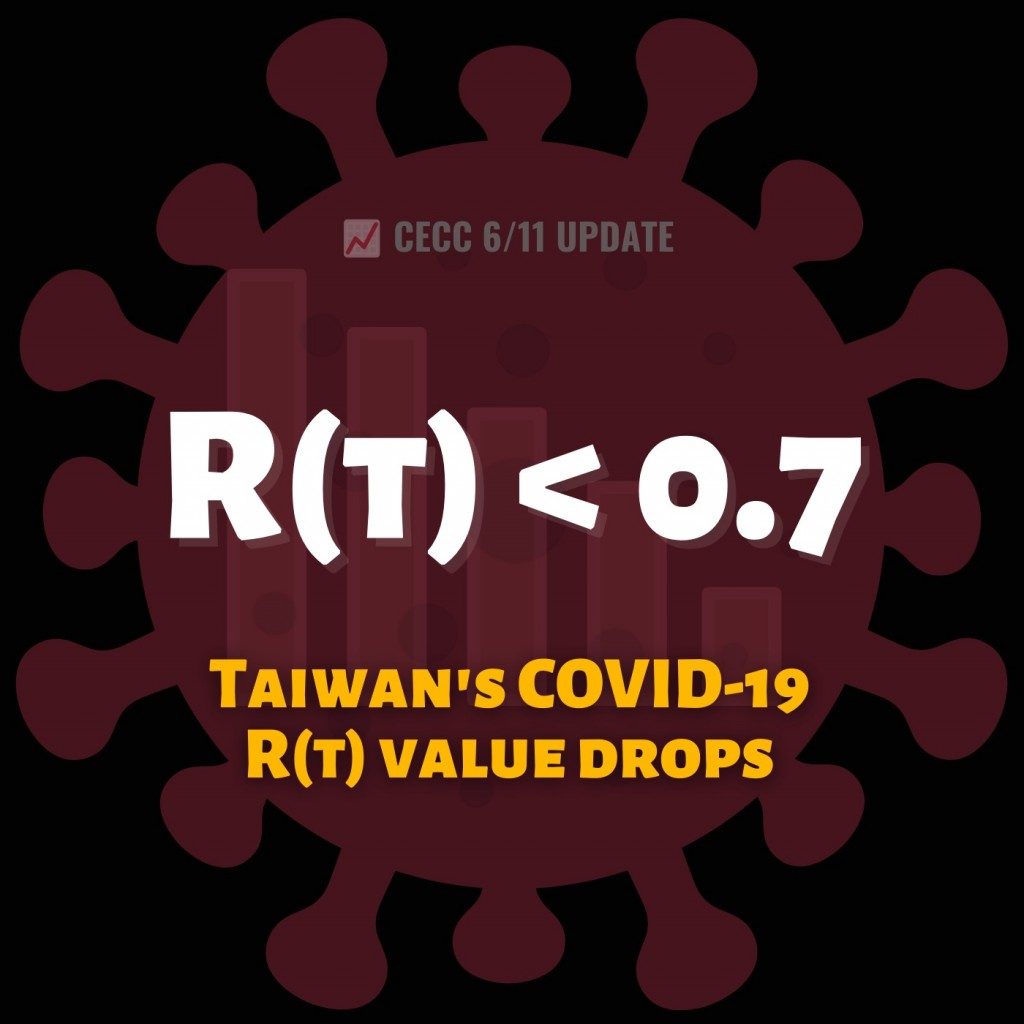 TAIPEI (Taiwan News) — With Taiwan's Level 3 restrictions extended for two weeks, the country's R number has dropped to 0.7, which the Central Epidemic Command Center (CECC) considers to be a sign the outbreak is being reversed.

When used in the context of the pandemic, R is short for the basic reproduction number (R0). In the absence of herd immunity, R measures the average number of persons one individual with the virus can infect. The larger the R number, the more difficult it is to control community transmission.

During a sudden spike in COVID-19 cases last month, Taiwan's R number between May 13-15 hit a peak of 15, which is the same level of infectiousness as measles. However, after a Level 3 alert was launched on May 15 in Taipei and New Taipei and across the country on May 19, the epidemic situation moved into what the CECC deemed to be a "controllable range."

From May 30 to May 31, the county's R number dropped to 1.02. At the time, CECC Spokesman Chuang Jen-hsiang (莊人祥) explained that an R number of 1.02 means that one confirmed coronavirus case will likely infect an average of 1.02 persons.

If Taiwan can bring the R number to below 1, "it means the epidemic can be reversed," said Chuang. However, in the nearly two weeks since, the CECC did not provide an update on the country's R number.

At a press conference on Friday (July 11), a reporter asked Chuang for an update on the R number and he responded by first emphasizing that this is an internal calculation and there are other methods to calculate that have produced different numbers.

Nevertheless, he said the calculations from various organizations are all showing relatively low results. In the case of the CECC's estimation, he said the latest R number is 0.7.

Chuang said that this appears to be showing the outbreak is in "reverse," "but no matter what, now is not the time to relax." He called on the public to maintain epidemic prevention measures to bring the R number down even further.

Health Minister and CECC head Chen Shih-chung (陳時中) also pointed out that although cases have been going down in New Taipei City and Taipei City, the number of infections in other counties and cities have recently increased. He warned that any relaxation in epidemic control measures could trigger a new wave of infections.

With the Dragon Boat Festival approaching, Chen exhorted the public not to return to their home towns, avoid taking public transport, and stay at home as much as possible. He also suggested people carefully monitor their own health and body temperatures, and if they feel unwell, to contact the health department or seek medical treatment.