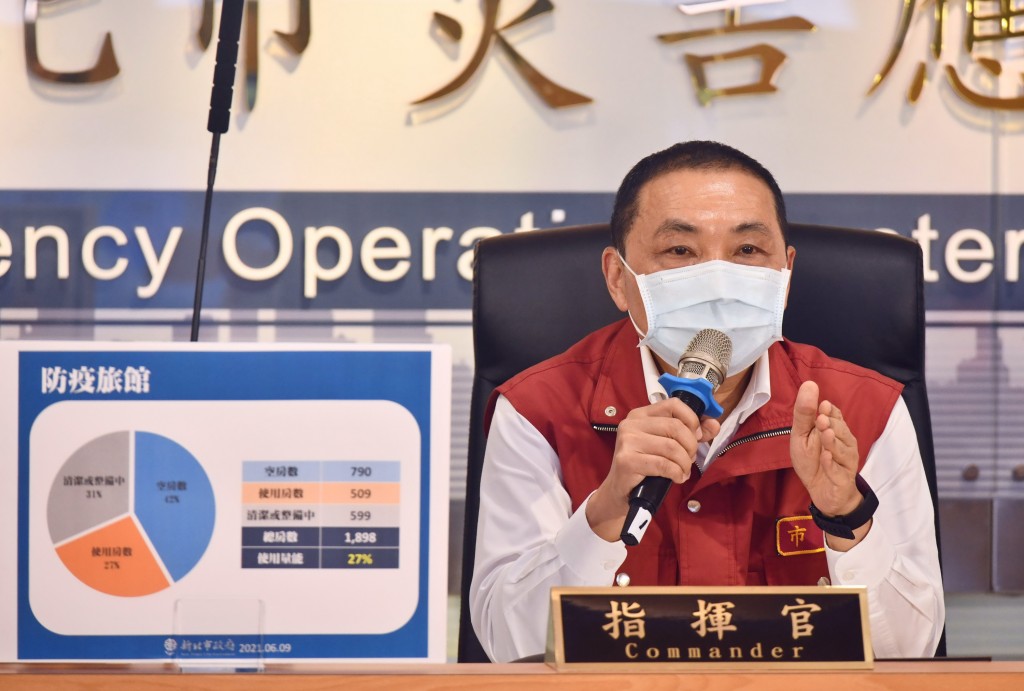 To date, New Taipei City has reported a total of 5,288 confirmed COVID-19 cases, the most in the country.

The mayor said that participating in rapid testing is the easiest way to maintain the line of defense against the disease, as testing and diagnosis help to stop the chain of infection.

No one should feel ashamed or stigmatized for taking part in rapid screening, as prevention is better than cure, the mayor said. He encouraged all New Taipei residents to go to the 37 community rapid screening stations and be tested.

“This is a highly important matter,” Hou said, adding that the city government welcomes everyone to come out and get tested and is not afraid of a high number of positives.

Local rapid screening stations across the city have so far tested 47,487 people, with a positive rate of 1.9 percent, the mayor added.