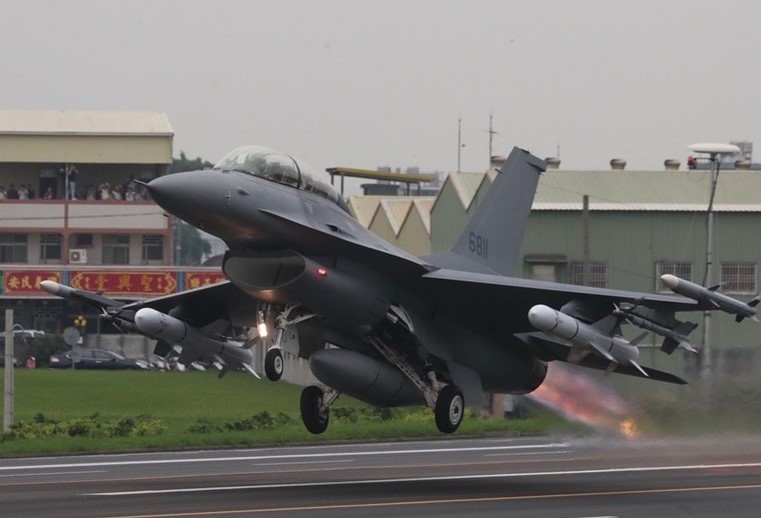 TAIPEI (Taiwan News) — This year’s Air Force highway landing drills have been postponed due to the recent spike in local COVID-19 cases.

The decision comes as the Ministry of National Defense decides whether to push this year's Han Kuang military exercise to September and after multiple Air Force personnel have contracted the coronavirus.

The drills, which are part of the annual exercise, test the skills of road maintenance units and fighter pilots’ ability to fly under pressure in different environments, the Liberty Times reported.

The highway landings were originally scheduled for July on a 2.85-kilometer section of Highway No. 1 located between Pingtung’s Fangliao Township and Jiadong Township. This is the first time the southern county has been selected for the drills.

To prevent heavy wear and tear from the takeoffs and landings, Taiwan’s Directorate General of Highways is in the process of finalizing a contract to re-lay the section of road involved.

The highway landings simulate a Chinese strike on airports and are part of the nation’s strategy to boost combat readiness. In 2019, when the drills were last held, Taiwan revealed its upgraded F-16 Block 70 fighter for the first time. Other participating aircraft included a Mirage 2000, an Indigenous Defense Fighter jet, and an E-2K airborne early warning aircraft.