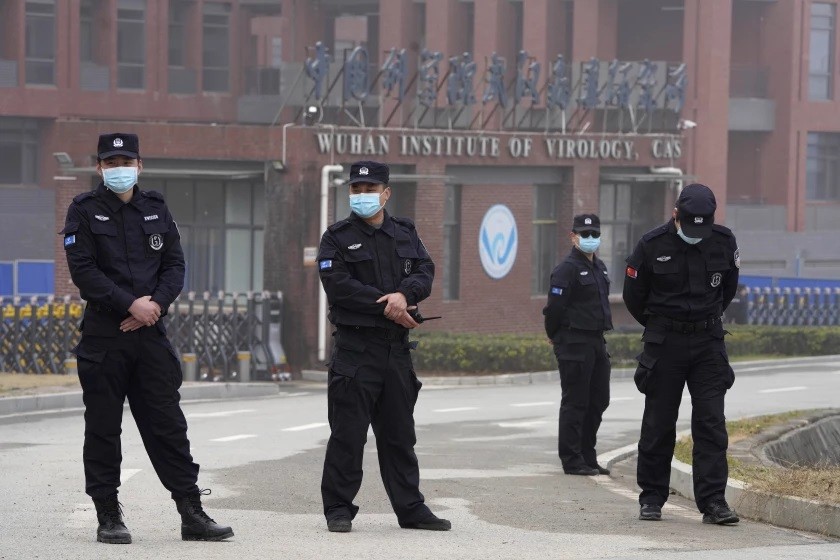 TAIPEI (Taiwan News) — The Senate's newly passed China competition bill presses for an investigation into the possibility that COVID-19 originated from a lab in Wuhan and the extent to which the U.S. government had funded dangerous gain of function (GoF) research at the facility.

On Tuesday, the Senate passed The Innovation and Competition Act of 2021 with a commanding majority of 68 to 32. Primarily designed to strengthen U.S. competitiveness with China in technology and research, it also includes a section calling for a report on the origins of the coronavirus pandemic.

Under a section titled "Report on the Origins of the COVID-19 Pandemic," the authors of the bill agreed with 13 other governments that the World Health Organization (WHO) team hand-picked by China to study the origins of the pandemic was "significantly delayed and lacked access to complete, original data and samples." They pointed out that following the team's conclusion in March that a lab accident was "extremely unlikely," WHO Director-General Dr. Tedros Adhanom Ghebreyesus said that the scientists had encountered "difficulties" in obtaining essential raw data and stressed that "all hypotheses remain on the table."

The bill emphasized that independent experts must have unfettered access to "all pertinent human, animal, and environmental data, live virus samples, research, and personnel involved in the early stages of the outbreak" to get to the bottom of how the pandemic started.

The senators then demanded that, no later than 180 days after the enactment of the act, the director of national intelligence coordinate with the secretary of state, secretary of health and human services, and secretary of energy on presenting the report to Congress on everything from the likely origin of the pandemic to any U.S. involvement in coronavirus research in China. In the first bullet point on the investigation into the origin, the senators required that the report provide a detailed analysis of information the U.S. has on the possibility that the virus started via zoonotic transmission, the Wuhan Institute of Virology (WIV), or any other source.

The report is also to include leading credible theories, steps taken to identify the source, description of relevant data the U.S. has requested, obligations Beijing has to report on such outbreaks, and efforts by China to impede an investigation, "including into a possible lab leak." The sixth item required in the report is an account of any intelligence the U.S. has on the WIV, its research on coronaviruses, particularly GoF programs, and any reported illnesses among lab staff that resembled COVID-19.

The last item called for a detailed breakdown on U.S. involvement with coronavirus research at the WIV, including U.S. government-backed research and funding as well as unofficial and backchannel diplomacy. It also requested a look at any U.S. funding of GoF research in China while it was under a moratorium from 2014 to 2017 and after it was lifted in 2017.

The section on any U.S. funding of GoF during and after the moratorium is to be provided in unclassified form but can include a classified annex. This report is to be delivered to four committees in the Senate and three in the House.

The term GoF refers to the practice of artificially increasing the transmissibility of a virus, but there is debate among the scientific community as to what constitutes GoF and whether the risks outweigh the purported benefits. When confronted on potential funding of GoF research at the WIV by Senator Rand Paul (R-KY) in March, NIH director Dr. Anthony Fauci said that his organization "has not ever and does not now fund gain of function research in the Wuhan Institute of Virology."

When the Obama administration placed a ban on funding for GoF research, it defined it as that which “may be reasonably anticipated to confer attributes to influenza, MERS, or SARS viruses such that the virus would have enhanced pathogenicity and/or transmissibility in mammals via the respiratory route.” However, in December of 2017, the ban was effectively ended with the green light given to research into enhanced potential pandemic pathogens (PPPs) or pathogens “resulting from the enhancement of the transmissibility and/or virulence of a pathogen."

Dr. Roger Ebright, a professor of chemistry and chemical biology at Rutgers University and biosafety expert, on May 18 was cited by the Washington Post as saying that the work being done on bat virus chimeras at the WIV with NIH funding channeled through the EcoHealth Alliance “was — unequivocally — gain-of-function research.” A Factcheck.org article on the debate over whether the NIH actually funded GoF research at the Wuhan lab presents points from scientists on both sides of the argument without reaching a definitive conclusion.