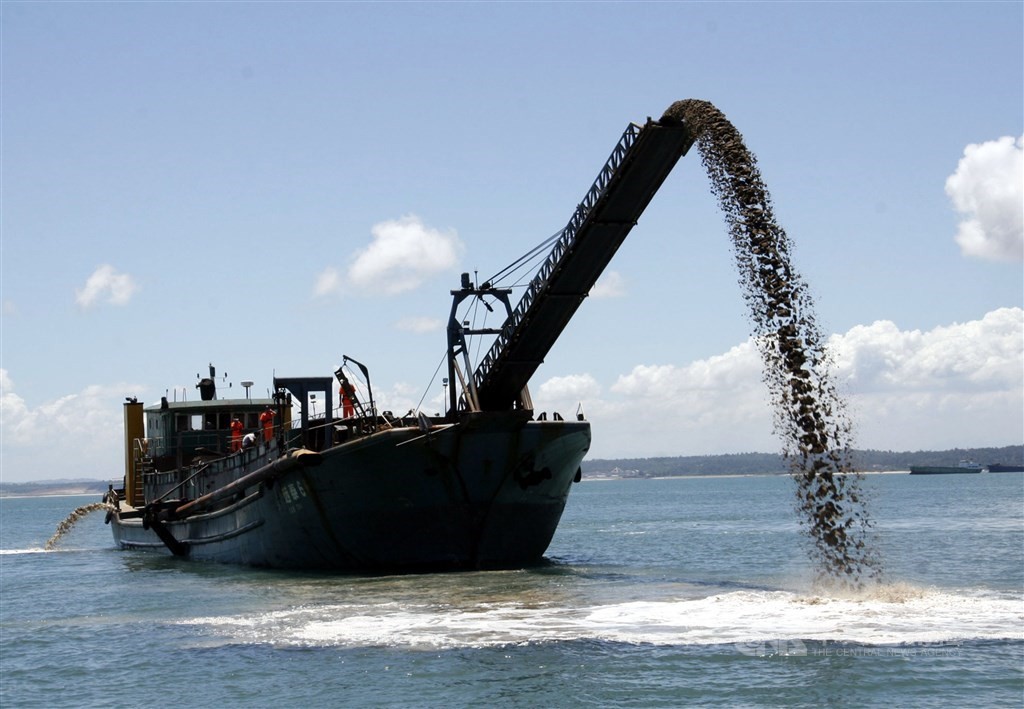 TAIPEI (Taiwan News) — Control Yuan members Tien Chiu-chin (田秋堇) and Tsai Chung-I (蔡崇義) said on Tuesday (June 8) that they have launched an investigation into the ecological impact of China’s sand dredging in the waters of Taiwan’s Lienchiang County.

The Control Yuan on Tuesday afternoon stated via a press release that it had accepted a video petition from the Lienchiang County Government to investigate, CNA reported. County Secretary-General Chang Lung-te (張龍德) said that in recent years, there have been hundreds of Chinese ships pumping sand in the area every day, and an increasing number of 4,000-ton ships have entered waters near Nangan, causing coastal erosion and ecological destruction to the seabed ecological system.

China will soon encourage Chinese sand dredging ships to anchor in an area 12 miles off the coast of Lienchiang County’s Juguang Township, he added.

The Lienchiang County Government said that although the Coast Guard has detained several sand dredging ships and arrested a number of crew members, many of them take advantage of legal loopholes to evade arrest.

Tien and Tsai mentioned that the Coast Guard can currently only target ships that cross the nation’s maritime borders within 6000 meters and are thus unable to effectively curb sand dredging operations. The two Control Yuan members added that it is necessary to consider many factors while investigating the ecological impact of China’s illegal sand dredging, including legal and environmental issues.