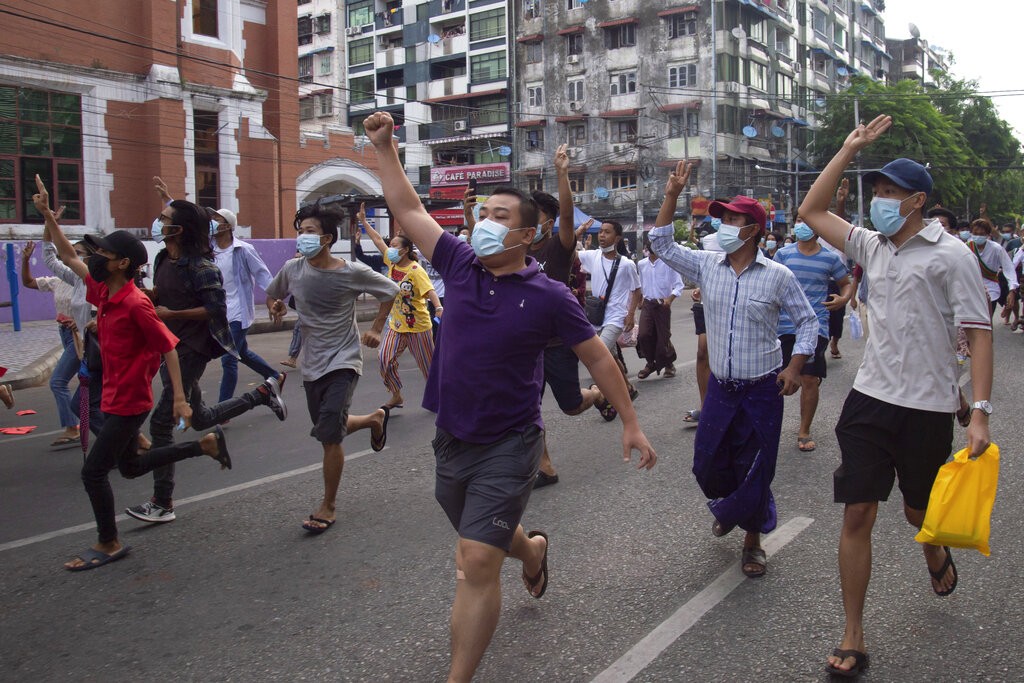 Southeast Asian foreign ministers mediating on the crisis in Myanmar called on Monday for its military rulers to free prisoners and start an agreed political dialogue, expressing disappointment at "very slow" progress so far.

The United Nations, Western countries and China back the effort by the 10-member Association of Southeast Asian Nations (ASEAN) to find a way out of the crisis in Myanmar, a country paralyzed by turmoil since a Feb. 1 coup that ended a decade of tentative democracy.

Vivian Balakrishnan, foreign minister of Singapore, a key investor in Myanmar, said the ASEAN diplomatic effort "only makes sense if there is a genuine desire within Myanmar itself for genuine dialogue and negotiations and reconciliation.

"To be honest with you, we are disappointed at the slow – very, very slow progress," he told Singapore media in a call from Chongqing, China, where ASEAN foreign ministers met their Chinese counterpart on Monday.

Myanmar's junta has shown little sign of heeding a consensus reached in April among the 10 ASEAN countries, including Myanmar, which calls for an end to violence, political talks and the naming of a regional special envoy.

"Indonesia is really hoping that the implementation of the five points of consensus needs to be pushed after this meeting with, once again, a transparent process," Indonesian Foreign Minister Retno Marsudi told a news conference.

"The int'l (international) community is awaiting ASEAN's further action," he said on Twitter.

In a summary of remarks read at the meeting, he said ASEAN "must act more quickly to reduce tensions and stop violence".

The junta has struggled to impose control since ousting elected leader Aung San Suu Kyi, which triggered a wave of anger, protests and strikes, and efforts to build a nationwide alliance to thwart the military's bid to consolidate power.

Nobel laureate Suu Kyi, 75, will go on trial next week in the first of several criminal cases against her, according to her lawyer, who met her on Monday for a court hearing.

The charges include illegal possession of two-way radios, breaking coronavirus protocols, and bribery.

The trial must be concluded by July 26, chief lawyer Khin Maung Zaw told Reuters, citing the presiding judge. Suu Kyi has been held at an undisclosed location. read more

She is charged separately with violating the Official Secrets Act, punishable by 14 years in jail.

The ASEAN ministers' comments follow a visit to Myanmar on Friday by two ASEAN envoys during which they urged the junta to free all detainees and discussed implementing the consensus.

The envoys met military chief Min Aung Hlaing and several junta-appointed ministers, in a visit ASEAN did not announce.

Unlike his more reclusive predecessors, Min Aung Hlaing has sought to maintain a high public profile since the coup. His public speeches and meetings with foreign dignitaries, businessmen, government officials and Buddhist monks have been a daily staple on state-controlled television.

In a statement dated June 5, ASEAN said the objective of the visit was to discuss how Myanmar would reach "a peaceful solution in the interests of its people" by implementing the five points.

It said they had also "called for the release of all political prisoners, including women and children and foreigners" - an appeal that was not in the consensus but is supported by many ASEAN members.

Reuters could not reach a junta spokesman for comment on Monday.

The state-run Global New Light of Myanmar said the meeting covered "implementation of the recommendation of initial survey of ASEAN", the army's plan to hold elections, and "terror acts" by its opponents.

Opponents of the junta and many people in Myanmar have shown frustration at the lack of tough action by ASEAN and its failure to include other political stakeholders, particularly the ousted government.

It reported that the ambassador had said China was ready to support that.

After Monday's meeting, Indonesia's Retno said Chinese help would be "highly appreciated as this will contribute to achieving a peaceful solution".