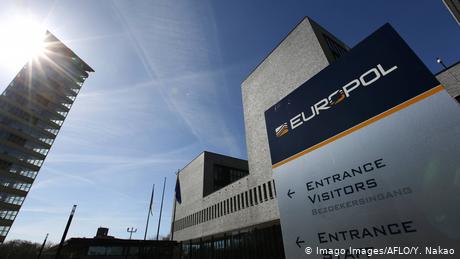 Police in Germany carried out raids on Monday targeting people suspected of links to organized crime as part of a major international operation by Europol.

The European Union police agency, based in The Hague, Netherlands, said it would hold a press conference on Tuesday concerning what it described as "a major law enforcement action against some of the world's foremost criminals" in more than a dozen countries.

"This operation is the most sophisticated effort to date in disrupting the activities of criminals operating from all four corners of the world,'' Europol said.

Representatives from the FBI and Dutch, Swedish and Australian federal police will also be present, Europol added.

Security forces made arrests in the western city of Wiesbaden. However, the numbers were not immediately available.

What we know about the Europol operation

In Germany, security efforts were particularly intense in Hesse and Frankfurt, according to DPA, with other raids elsewhere in the country. Homes, warehouses and office buildings were targeted.

"I can confirm that there are currently criminal procedural measures in Germany but also in other countries around the world against people who are suspected of involvement in organized crime," Steve Alter told reporters in Berlin. "These measures are currently ongoing."