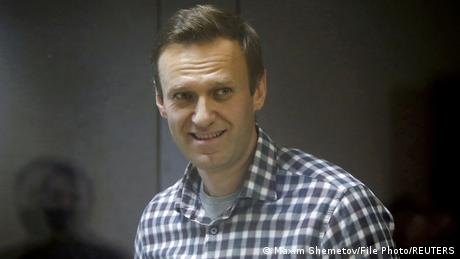 Russian prison officials moved Alexei Navalny to the original penal colony where he was sentenced to serve on Monday following his recovery from a hunger strike at a hospital in a different prison.

The Russian opposition leader had been on hunger strike for 23 days beginning in late March. He demanded access to better medical care in prison.

Navalny was suffering from acute leg and back pain at the time. In April, he discontinued his protest after receiving medical attention.

Reactions to Navalny's return to prison

Russian outlet Mediazona reported that Navalny had "decided to abandon claims against the administration of the colony for censoring newspapers."

His spokeswoman, Kira Yarmysh, wrote on Twittter following his transfer, "Prison, of course, affects his current productivity, but not to stimulate protest."

Why is Navalny in prison?

Earlier this year, Navalny was sentenced to 3 1/2 years for violating probation in a 2014 embezzlement case.

The oppositon leader was sentenced to serve two years and eight months due to time already spent under house arrest. At the time, he called the trial an effort to "intimidate" the public by stifling dissent.

Navalny was arrested when he returned to Russia earlier ths year after he received treatment in Germany for Novichok poisoning. He was onboard a flight from Tomsk in Russia's far east to Moscow when he became violently ill.

The nerve agent is produced in Russia. The attempted poisoning left Navalny needing to learn to walk and speak anew.

Reuters contributed to this report