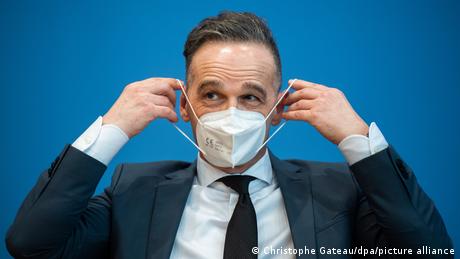 The European Union cannot allow itself to be "held hostage" in its foreign policy by single nations exercising their veto rights, German Foreign Minister Heiko Maas said on Monday.

His remarks are being widely seen as a rebuke directed at Hungary, which in recent months has blocked several foreign policy measures agreed on by almost all other member states.

What did Maas say?

Speaking at a conference of Germany's ambassadors in Berlin, Maas said: "We can't let ourselves be held hostage by the people who hobble European foreign policy with their vetoes."

"If you do that, then sooner or later you are risking the cohesion of Europe," he said, adding: "The veto has to go, even if that means we can be outvoted."

His comments come after the junior minister at Germany's Foreign Ministry, Miguel Berger, criticized Hungary by name on Twitter for blocking a number of measures and called for "a serious debate on ways to manage dissent."

What has Hungary done?

Under Prime Minister Viktor Orban, Hungary has sought closer ties with Beijing, among other things agreeing to the construction of a new campus in Budapest to house a major Chinese university, despite widespread domestic protest.

Budapest has also recently refused to ratify a new EU trade and development agreement with African, Caribbean and Pacific countries and to support a call for a cease-fire during the recent conflict between Israel and the Palestinian Hamas.

Last year, Hungary joined with Poland in threatening to veto a coronavirus recovery fund because some fund payments were linked to rule-of-law conditions, an area in which both countries have clashed with the bloc.