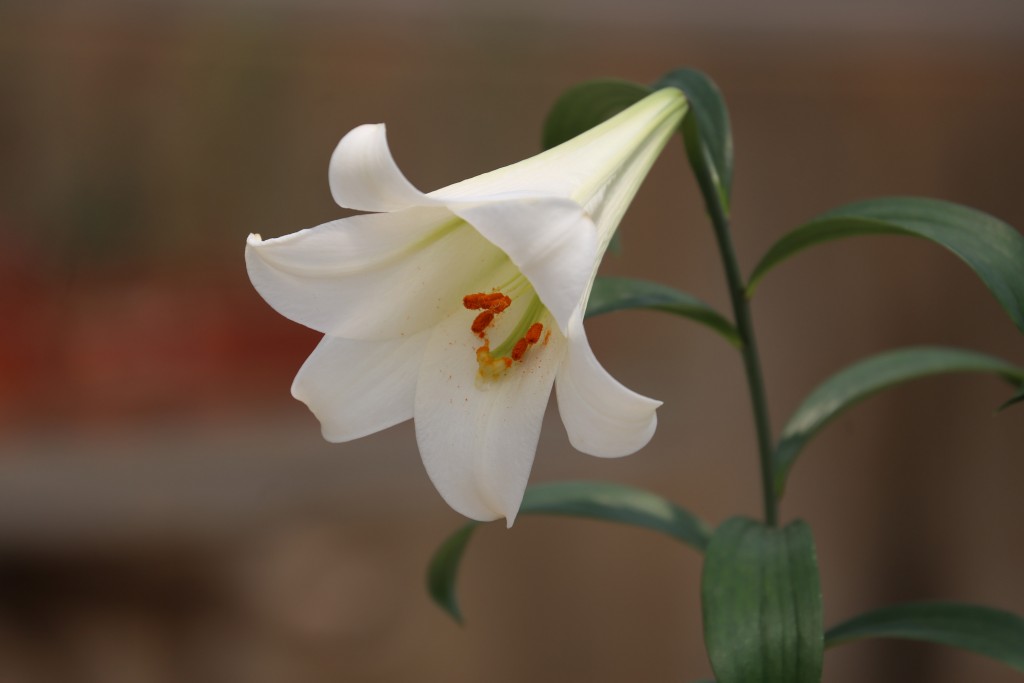 On June 1, four bouquets of white lilies mysteriously appeared in front of the Taiwan Centers for Disease Control (CDC) in Taipei.

Tourists and even many expats living in Taiwan will completely miss the layers of symbolism in these bouquets. The meaning is a combination of place, object and words.

Each of the four bouquets had a four-character phrase, which combined to read, “your salary (as a government official) comes from the blood and sweat of the people; the people below are easy to abuse, but the heavens above are hard to deceive” (爾俸爾祿，民膏民脂，下民易虐，上天難欺).

Amid the recent COVID-19 surge in Taiwan, local radio host Lucifer Chu (朱學恒) sent the bouquets, claiming he was trying to get Premier Su Tseng-chang (蘇貞昌) to come out and face the public. He accused Su of sitting idly by and watching people die one after another.

Premier Su denounced the stunt, calling it inappropriate to put a curse (詛咒) on hardworking people.

Chu denied it was a curse, responding that Su’s Chinese was not good enough to understand the 16-character written statement, which has historical precedents as a warning to officials not to be lazy because the gods are watching.

Most recently, this phrase was publicly used by prosecutors during former President Chen Shui-bian's (陳水扁) trials for corruption over 10 years ago.

But this phrase has older, more imperial origins. Emperor Meng-chang (孟昶), during the Five Dynasties and Ten Kingdoms period (五代十國), and then Emperor Taizong Zhao Guangyi (宋太宗趙光義) of the Northern Song Dynasty, issued this warning across their empires to remind officials to resist corruption and to love their people.

This message is clearly critical of the CDC and Premier Su's recent handling of the rise in COVID cases and deaths. Su was naturally offended by the accusation.

But this does not explain why Su used the word "curse."

Here we need to look more closely at the bouquets of lilies. To Taiwanese, the four bouquets are laden with death symbolism and even superstition.

First, there is the numerology. "Four" in Mandarin (四, Si) sounds like the word for "death" (死, Si), so the four bouquets, four messages, and each with four characters shouts, "DEATH."

This unlucky number is absent in many buildings, just as many tall Western buildings don't have a thirteenth floor.

Second, white lilies are the traditional funeral flower of choice in Taiwan. I once mistakenly presented a bouquet of white lilies to my young daughter after a music recital; I was reprimanded by my Taiwanese wife for the inappropriate and unlucky connotation.

Third, "white" lilies, not multi-colored lilies, are used in funerals because white in Chinese culture is associated with funerals.

So, in this case, where is this death message directed?

Chu denies any intent to curse, or wish bad luck or death on the CDC employees. Perhaps the funerary bouquets are not directed to the CDC, but rather to the recent victims as a sign of condolence?

But this interpretation doesn't hold up.

The funerary bouquets in front of the CDC are an emblematic scene, like a magazine ad where the word and image are designed to go together to create a message that neither one can fully express.

Advertisers like Nike are masters of combining image and word to create a powerful message. Their 2019 Nike Air Max poster, for example, features a stylized pair of dangling running shoes facing each other in the shape of a pair of lungs with the caption "They keep you alive."

The image is literally a pair of shoes but symbolically a pair of lungs — and the caption brings the message into an interconnected focus: "they" refers to the shoes and the lungs which are exercised by the shoes — so "they both keep you alive." Clever.

The lily CDC scene is not about life, but rather death. And while it is less clever, it uses the same logic.

The flowers and numbers symbolize death, but when combined with the critical message and local superstitions relating to death, a curse of death or misfortune is an inescapable interpretation. As a local, Chu knew this.

A foreigner may believe the flowers are sentiments of condolences or even sympathy, but this is because she cannot read the warning message to Premier Su and is unaware of local beliefs. Everyone else should not be naive.

Nigel P. Daly hails from Canada and has a Ph.D. in Education and an MA in Chinese History. He has published research in scholarly journals on Taiwan's language education system and the use of technology in language learning.