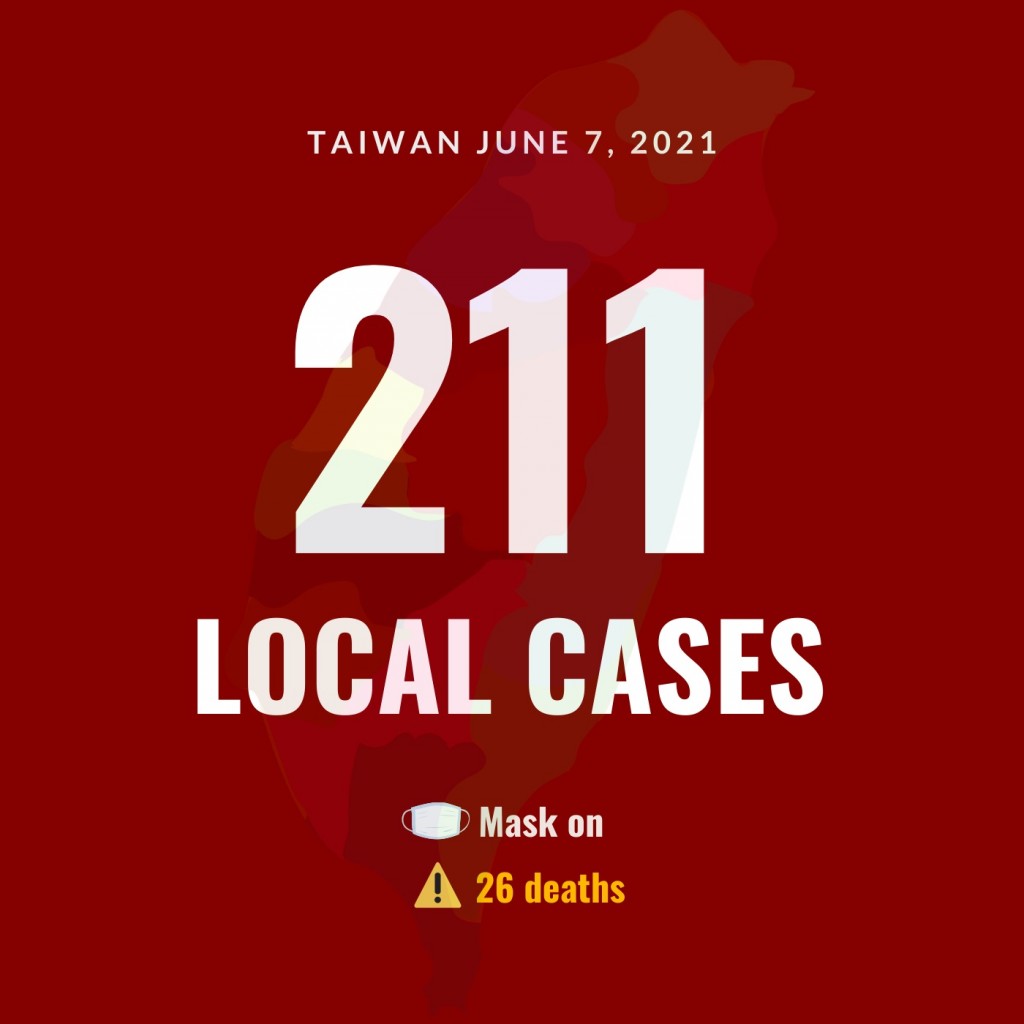 The latest local cases include 106 males and 105 females between the ages of 10 and 90, with the dates of symptom onset and testing ranging from May 21 to June 6. New Taipei City reported the most cases with 82, followed by Taipei City with 60, Miaoli County with 45, and Changhua County with eight.

There were three each in Hsinchu City, Taoyuan City, Penghu County, and Keelung City; and there was one each in Yilan, Chiayi, Pingtung, and Hsinchu counties.

Epidemiological investigations found that of the 69 cases that were outside of Taipei and New Taipei City, one had engaged in activities in Taipei's hard-hit Wanhua District, 64 were from known sources, and four were from unknown sources. Related investigations are still ongoing.

Chen said the 26 coronavirus-related deaths reported Monday include 20 males and six females between the ages of 50 and 90. The dates of symptom onset and testing ranged from May 10 to June 2.

The date of diagnosis ranged between May 17 and June 5, while the dates of death ranged from May 31 to June 6.

Among the three imported cases, two are Filipino men aged 40 and 20 and identified as case No. 11,500 and case No. 11,501. The two men came to Taiwan for work on May 15 and on June 5 underwent a self-paid coronavirus test, which came back positive on June 7.

Case No. 11,052 is a Taiwanese man in his 40s who returned to Taiwan from India on June 5. Although he was asymptomatic, he was tested for the coronavirus when he entered a quarantine center and was diagnosed with the disease on June 7.

A total of 49 people have been removed as confirmed cases, while 14 cases are still under investigation. Up until now, 286 individuals have succumbed to the disease.