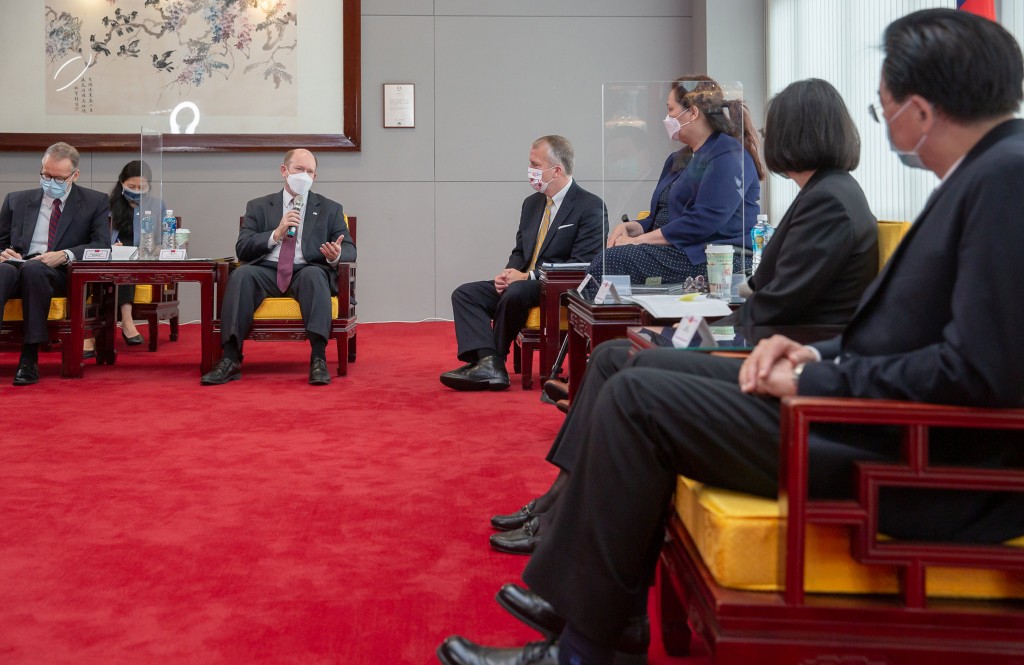 TAIPEI (Taiwan News) — President Tsai Ing-wen (蔡英文) on Sunday (June 6) expressed gratitude to the U.S. for including Taiwan in its plan to share COVID-19 vaccines globally.

Speaking at a meeting with U.S. Senators Tammy Duckworth, Dan Sullivan, and Christopher Coons Sunday morning, Tsai described them as all good friends of Taiwan. In the past few years, the two countries have exhibited real friendship and made real progress, and the three senators have all played important roles in making that happen, Liberty Times quoted the president as saying.

The senators made a quick three-hour pitstop in Taiwan to discuss bilateral relations, regional security, and other significant issues of mutual interest with senior officials. They also announced the donation of 750,000 vaccine doses.

President Tsai praised this move as proof that relations between Taiwan and the U.S. are still rock solid. The vaccine donation is "timely rain," she said, adding that through cooperation with the U.S., Japan, and other countries, Taiwan will hopefully be able to overcome the pandemic and help countries facing the same challenges recover.

Additionally, Central Epidemic Command Center head Chen Shih-chung (陳時中) displayed a board with the words "thank you" during the daily epidemic press conference on Sunday, expressing gratitude towards the U.S. He said that the donation is extremely helpful as Taiwan goes through this difficult time.