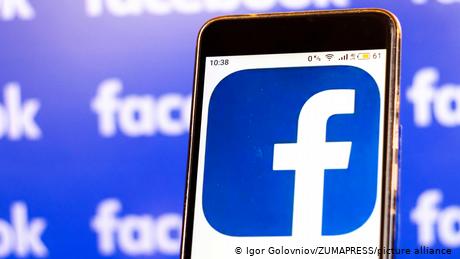 Anti-trust regulators from the UK and the EU on Friday said they would investigate Facebook over whether its classified adveristing service broke fair competition rules.

The two investigations, which are separate but will cooperate closely, represent the latest move by European governments to rein in Big Tech over fears firms have too much market power.

Launched in 2016, Facebook's Marketplace is used in 70 countries to buy and sell items and has been under EU scrutiny since 2019.

"We will look in detail at whether this data gives Facebook an undue competitive advantage," she said during a press briefing in Brussels.

"In today's digital economy, data should not be used in ways that distort competition," the former Danish interior minister said.

The European Commission, under Vestager's watch, has already shown its willingness to slap huge fines on US tech giants.

Google has already been hit with more than €8 billion ($9.7 billion) in financial penalties, while EU officials are also investigating Amazon, the online retail giant, and Apple, the manufacturer of the iPhone.

Vestager will zoom in on Facebook's vast trove of data from the near 7 million companies that advertize on Facebook, which is used by nearly 3 billion people worldwide.

What are UK regulators doing?

The UK's anti-trust body, the Competition and Markets Authority, said in a statement that it would also probe Facebook's use of data in relation to online advertising, as as its online dating product.

"We intend to thoroughly investigate Facebook's use of data to assess whether its business practices are giving it an unfair advantage in the online dating and classified ad sectors," the UK Competition and Markets Authority (CMA) Chief Executive Andrea Coscelli said in a statement.

"Any such advantage can make it harder for competing firms to succeed, including new and smaller businesses, and may reduce customer choice," Coscelli said.

It represents one of the biggest investigations since the UK left the European Union last year, meaning British authorities are now solely responsible for policing anti-competitve behavior by companies.

Facebook said it "will continue to cooperate fully with the investigations to demonstrate that they are without merit."