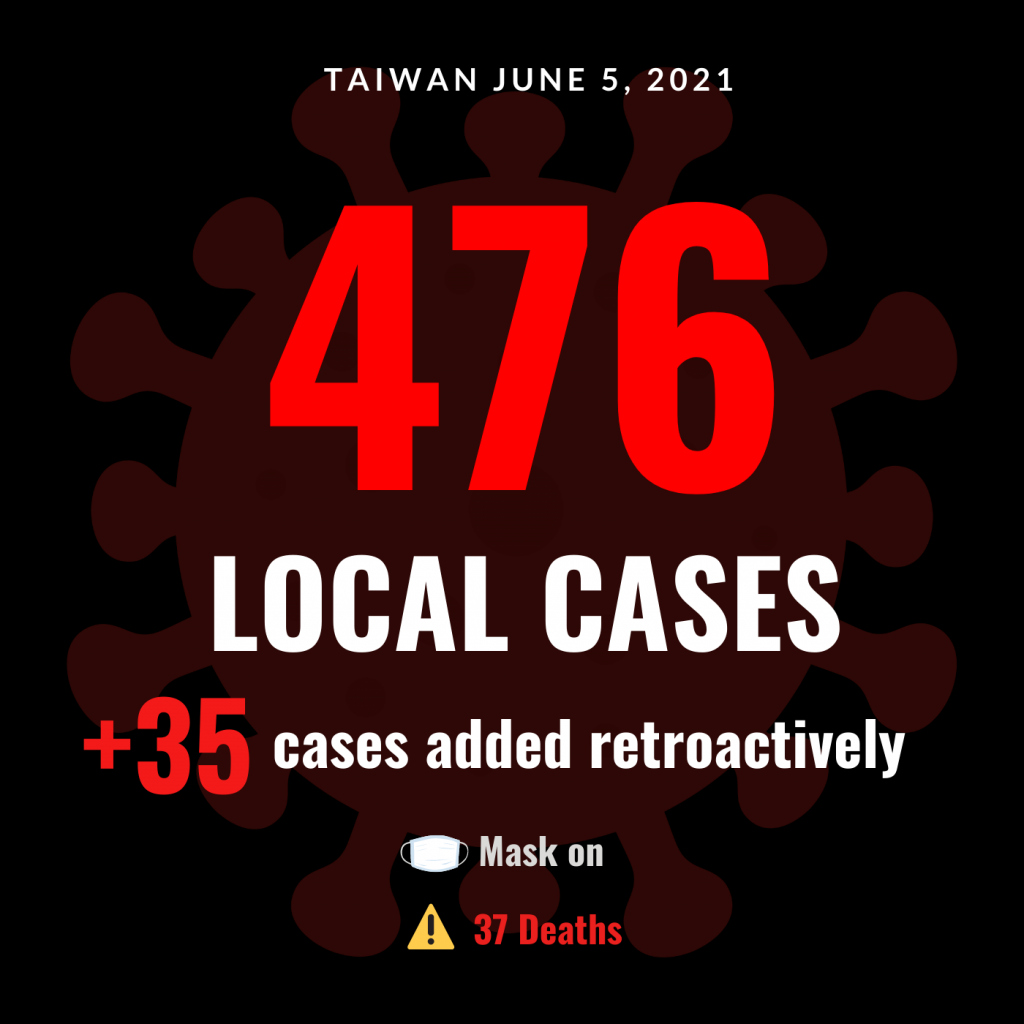 Of the 511 total patients, 263 are males and 225 are females, and the sex of the 23 foreign nationals on the list still needs to be determined, the Central Epidemic Command Center (CECC) said. The youngest is under five years of age, while the oldest is in their 90s.

The single-day record of 37 deceased includes 25 men and 12 women ranging in age from their 30s to over 90. All of them had fallen ill between May 2 and May 30 and died between May 23 and June 2. The CECC initially announced 38 deaths, but apparently one had been counted twice, motivating the revision to 37 later in the day.

Because the number of backlogged cases is falling fast, they will no longer be announced separately starting June 7, the CECC said.

Taiwan’s total of 10,956 coronavirus cases includes 9,758 domestic cases, 1,145 imported ones, and 224 deaths. A total of 36 cases originated from the Taiwan Navy’s "Goodwill Fleet," two were infected on board a flight, one was classified as unresolved, and 14 are still under investigation. A total of 27 earlier patients were removed from the list of confirmed cases.

Taipei and New Taipei City raised their COVID alerts to Level 3 in mid-May, and the alert was expanded to the whole country on May 19, triggering the closure of schools, fitness clubs, nightclubs, karaoke bars, museums, libraries, and many other sites where people get together.

The Level 3 alert is supposed to end on June 14, after the three-day Dragon Boat holiday. However, as the nation continues to see more than 200 new cases each day, doubts have arisen about the likelihood the target date can be maintained.