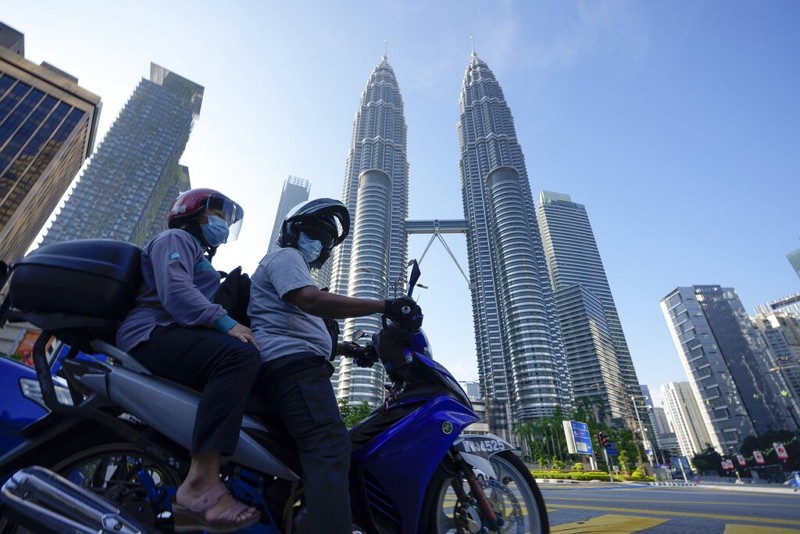 Malaysian health authorities have raised concerns about a growing number of coronavirus deaths and serious cases involving children, after a surge in overall infections forced the Southeast Asian nation into a strict lockdown.

Prime Minister Muhyiddin Yassin declared a two-week "total lockdown" from June 1-14, as daily COVID-19 cases and deaths hit record numbers, with the government warning the outbreak may be linked to more contagious variants.

Malaysia recorded the deaths of three children aged below five due to the coronavirus in the first five months of this year, the same number recorded over the whole of 2020, according to Health Ministry director-general Noor Hisham Abdullah.

A total of 27 children, including 19 below the age of five, also had to be treated in intensive care between January and May after contracting the virus, up from eight cases last year.

"The health ministry hopes all parties, especially parents and guardians, play an important part in protecting those with low immunity, such as babies and children, from COVID-19," Noor Hisham said in a statement.

Noor Hisham did not say how many children had been tested for COVID-19 or if authorities planned to ramp up testing among minors.

Neighboring Singapore also warned last month that new coronavirus variants, such as the one first detected in India, were affecting more children.

On Monday, Malaysian Health Minister Adham Baba said a total of 82,341 children had been infected with the coronavirus between January last year and May 30 this year.

Malaysia's total caseload shot past 600,000 on Friday, the third highest total in the region behind Indonesia and the Philippines.

It saw a record daily rise in cases of 9,020 on Saturday, and its highest daily death toll of 126 on Wednesday.

The government may consider making vaccination mandatory to ensure a target of inoculating 80% of Malaysia's 32 million people is met and legal action might be taken against anti-vaxxers, state newswire Bernama cited the prime minister as saying.

"I hope we can speed up vaccinations. What is important is not to have people saying don't get vaccinated," he said.

About 2.2 million people had received at least one vaccine dose as of Friday, the health ministry said.