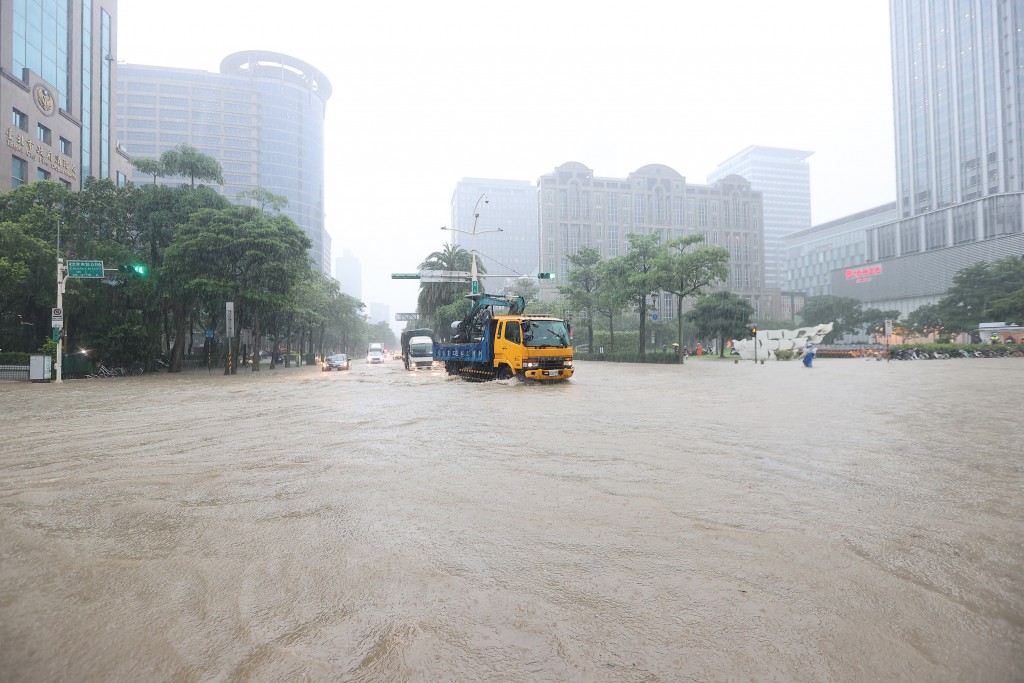 On Thursday (June 3), the Central Weather Bureau (CWB) issued both land and sea warnings for the tropical storm as it closed in on southern Taiwan. On Friday morning, the bureau issued a heavy rain advisory for 16 cities and counties.

Starting at noon, extremely heavy rain began to pour on Taipei, with 100 millimeters of rainfall quickly accumulating across the city, according to the CWB. From 12 to 3 p.m., the districts that reported the 10 largest accumulations included Da'an, Wenshan, Nangang, and Xinyi.

The CWB issued an advisory for heavy rain and extremely heavy rain for those districts as well as Wanhua, Zhongzheng, Songshan, and Nangang districts, plus a Level 1 flood warning for New Taipei City's Shenkeng and Xizhi districts.

At 2 p.m. on Friday, Lane 159, Section 4 of Muzha Road in Wenshan saw flooding that reached half the height of a car, with residents seen wading through the water as they dragged their scooters. Flooding was reported outside the fire station at Zhongxiao East Road and the Nanhu Bridge in Xinyi. High waters were also reported outside the Nanshen Floodgate in Nangang.

By 3 p.m., the Taipei City Fire Department was cited by CNA as saying that it had received 40 reports of flooding, one collapsed tree, and three cases of people being trapped in elevators. However, it stated that by 5 p.m., the rains had subsided and the flooding had eased somewhat.

Social media platforms were soon inundated with videos of Taipei becoming submerged. In the two videos at the bottom of this article, the streets of Xinyi have become brown, raging rivers of water.