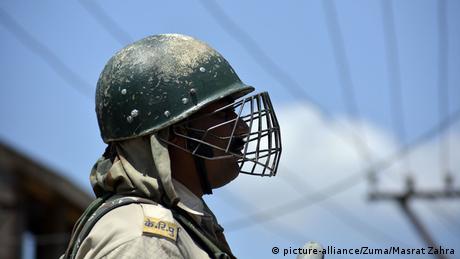 A politician of India's ruling party was shot dead by unidentified assailants in Indian-administered Kashmir on Wednesday night, police said.

He was declared dead in a hospital while another woman, his friend's daughter, was critically wounded and was undergoing treatment, a police officer was quoted as saying by Indian news agency ANI.

Pandita has been provided a secured accommodation in the region's main city of Srinagar as well as two police guards, Kashmir police said in a statement.

However, he went to Tral, which was also his hometown, without his guards, they said.

"Area cordoned off and search is going on," Kashmir police said in a tweet.

While no group claimed responsibility for the attack, authorities blamed it on rebels who have been fighting Indian rule in the region for decades.

Pandita's killing is the third attack targeting BJP members in the conflict-stricken region this year.

Wednesday's attack was condemned by Kashmiri politicians from across party lines.

"Shocked to hear that BJP leader Rakesh Pandita has been shot dead by militants," said Mehbooba Mufti, a former chief minister of the erstwhile state, whose status was changed in 2019. "These senseless acts of violence have brought only misery to J&K [Jammu and Kashmir]. My condolences to the family & may his soul rest in peace."

"BJP councilor Rakesh Pandita joins a long list of mainstream politicians targeted and assassinated in Kashmir because of their association with electoral politics," said Omar Abdullah, another former chief minister. "I unequivocally condemn this attack & convey my heartfelt condolences to his family. May his soul rest in peace."

Manoj Sinha, New Delhi's administrator in the region, vowed action against the assailants responsible for the attack.

"Terrorists will never succeed in their nefarious designs, and those responsible for such heinous acts shall be brought to justice," he said on Twitter.

Kashmir is divided between India and Pakistan, and the two countries have fought three wars over it. Both countries control parts of the region but claim all of it.

In 2019, New Delhi stripped the region of its special constitutional status that granted it partial autonomy, revoking its statehood to impose direct rule.