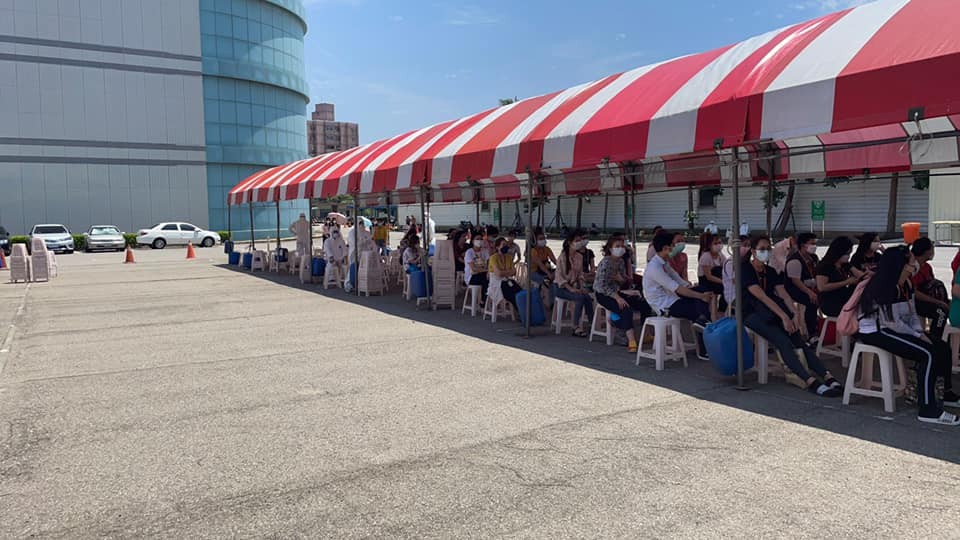 At a press conference that afternoon, Health Minister and CECC head Chen Shih-chung (陳時中) announced that 34 migrant workers at a King Yuan Electronics Corp. (KYEC, 京元電子) factory had tested positive for the coronavirus. The large facility provides packaging and testing for integrated circuits.

The 34 cases were a single-day record for Miaoli and were the most reported in any county or city outside Greater Taipei that day. Acknowledging the prospect that the cluster infection could mushroom in size, Chen said, "The situation in Miaoli is not very good."

In response to the outbreak, the Miaoli County government plans to test all 7,000 of the factory's employees. Chen said the factory's migrant workers will now be separated, with one person per room in the dormitories.

Chen pledged the full support of the CECC in helping Miaoli County health officials control the outbreak, including assistance with setting up quarantine centers and testing stations. That same day, Miaoli County Councilor Tseng Wen-hsueh (曾玟學) posted photos of throngs of employees lining up to be tested for the coronavirus. Tseng criticized the lack of social distancing seen in some of the photos and alleged that the workers had been brought in packed tour buses.

Tseng also claimed that engineers who were supposed to be working in separate shifts or from home had been called to the production line to make up for the loss of the migrant workers. He said that although the work areas have been disinfected, without knowing how many are infected, the risk of infection is still high for the employees.

The councilor said that the crowding at the rapid screening stations improved after the health department stepped in and ensured proper spacing between workers as they waited. He concluded by expressing his hope that the rapid testing and split teamwork arrangements can be implemented as swiftly as possible. Workers sitting in parking lot as they wait to be tested. (Facebook, Tseng Wen-hsueh photo) 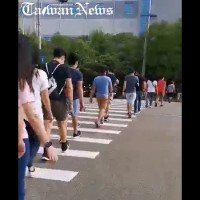