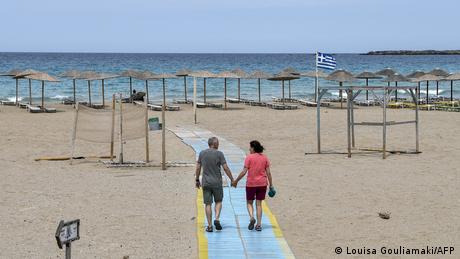 EU diplomats on Wednesday added Japan to the bloc’s so-called whitelist, which allows nonessential travel from outside the European Union, but Britain is being made to wait.

Ambassadors approved the addition of Japan at a closed doors meeting in Brussels earlier, with the change expected to take effect in the coming days.

But the UK, which left the European Union last year, has not been included.

Why did the UK not make the cut?

Last month, Brussels officials eased criteria for adding new countries to the list, by changing to 75 from 25 the maximum number of new COVID-19 cases per 100,000 people in the previous 14 days.

Britain had met that revised target. But concerns about an increase in infections from a coronavirus variant first identified in India mean that UK passport holders will have to wait a while longer before returning to Europe for their summer holiday.

France last week toughened up the rules on arrivals from Britain amid concerns that the variant, now referred to as delta under new World Health Organization naming guidelines, is more transmissible than previous strains.

Britons need to have "a compelling reason" to enter the country, and can only do so once they have shown a negative PCR test at the French border.

Though the EU’s traffic light system of travel recommendations is not legally binding, most countries across the bloc have followed the guidelines throughout the pandemic.

But some countries, such as Italy and Portugal, which depend on tourism, are now going it alone.

Greece, Croatia, Denmark, Bulgaria, the Czech Republic and Poland joined the German government in bringing in the so-called vaccine passports earlier than planned after months of negotiations in Brussels.

They will also contain proof of having recovered from COVID-19 or whether a traveler received a negative test.

The program will be rolled out across the rest of the 27 EU countries from July 1.

Greece, which depends heavily on tourism, has been pressing for the common certificates to boost its economy this summer.