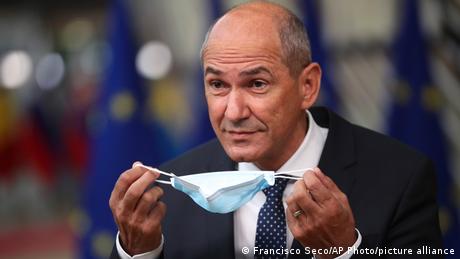 Feelings on the occasion of the 30th anniversary of the STA are bittersweet, says Alenka Potocnik, a journalist with the STA and president of the Slovenian Journalists' Union.

By withholding financing of the STA press agency, the government of Prime Minister Janez Jansa is violating legislation governing the STA, which stipulates that the agency provides a public service and receives appropriate state funding.

The latter is determined during annual contract negotiations based on the current business plan, explained Potocnik. "It also violates the seventh 'anti-corona' law, which specified that financing for the STA public service in 2021 would be based on the business plan adopted for this year, regardless of whether a contract had been concluded," she added.

The European Commission has confirmed this after a request by the Slovenian government to look into it. Despite this, the government refused to settle the dispute amicably, with the result that an enforcement order has since been issued.

"Despite this, the government side has filed an objection, meaning that the matter will definitely go to court. We must simply trust the legal process, because the law is clear and in our favor," said Potocnik.

"By refusing to finance the service, the government is targeting all STA employees — holding them hostage and punishing them collectively, even though they have done nothing wrong. The easiest way to describe the situation is as revolutionary voluntarism," explained Dr. Dejan Vercic, professor of communication science at the Faculty of Social Sciences, University of Ljubljana and first director of the Slovenian Press Agency.

According to Vercic, this voluntarism [the principle that individuals are free to choose goals and how to achieve them within the bounds of certain societal and cultural constraints — the ed.] means that the government can justify disregarding rules and laws if it's in the national interest, because they limit or at least slow down the realization of a politician's revolutionary will. "Concretely, the government is trying to replace the STA director with officials from the Government Office for Communication, with the aim of directly subordinating the agency," said Vercic.

Thirty years ago, when STA was being established, Vercic could never have imagined that it would be necessary to defend the freedom of journalistic work today in Slovenia against government voluntarism.

Fundraising in support of the STA

To coincide with last month's International Press Freedom Day, the Slovenian Journalists' Association, together with the Slovenian Journalists' Union, launched a fundraising campaign for the agency's existence. The campaign #zaobSTAnek — also called "Take a STAnd" — was supported by the European Federation of Journalists, the International Press Institute and The European Alliance of News Agencies.

The campaign ended formally on May 31. In just one month, STA friends raised €264,500 ($322,312) through SMS donations and bank transfers, exceeding all expectations. This, along with STA's monthly marketing income, is expected to be enough to fund agency operations for two months.

A large number of people have become involved in voluntary fundraising for the STA, to show their support for the press agency's work and the value of independent journalism, and by extension to show their disapproval of the government's "revolutionary work," said Vercic.

The Slovenian Press Agency has become a symbol of resistance against the current Slovenian government. A recent protest saw 40,000 people gather in the Slovenian capital Ljubljana to demand early elections. Regular parliamentary elections are scheduled for May 2022.

The growing protests present a problem for Jansa and his government, especially as the labor unions and student organizations have now joined the fray, says journalist and political analyst Aljaz Pengov Bitenc.

"Both have significant networks to draw from, as well as organizational experience to make the upcoming protests more effective. So, while PM Jansa might publicly continue to brush them off and paint the protesters as extreme left-wing types who'd be 'better off in Venezuela' [tweets by Jansa], it will be increasingly difficult for Jansa to maintain his blase attitude towards the movement," he said.

Bitenc also points out that the protest movement features a whole spectrum of causes and ideologies, a clear indication that large swathes of Slovenian society are very unhappy with the government and want it gone. Nevertheless, it is likely that this pluralism of ideas within the movement will prevent it from forming an explicit political agenda.

"While the protests have the potential to hasten the fall of the government, the key to achieving that lies with the parliament and its inner balance of power between the opposition and the ruling coalition," he said.

Bitenc described the political situation in Slovenia as being in "an extended state of flux." Neither the ruling coalition nor the opposition control a majority in the parliament, making any sort of meaningful political progress impossible.

Meanwhile, President Borut Pahor recently said that there was no political crisis in Slovenia, but that there is increased political uncertainty.

"In and of itself, the statement is factually not wrong, yet Pahor seems to be willfully ignoring the chain of events that have brought us here: executive overreach, infringing on human rights on dubious legal grounds, attacks on the media and increasingly belligerent rhetoric by most political players, especially the government that is increasingly losing its grip on power. Perhaps the government is not in crisis, but the political landscape in the country definitely is," said Bitenc.