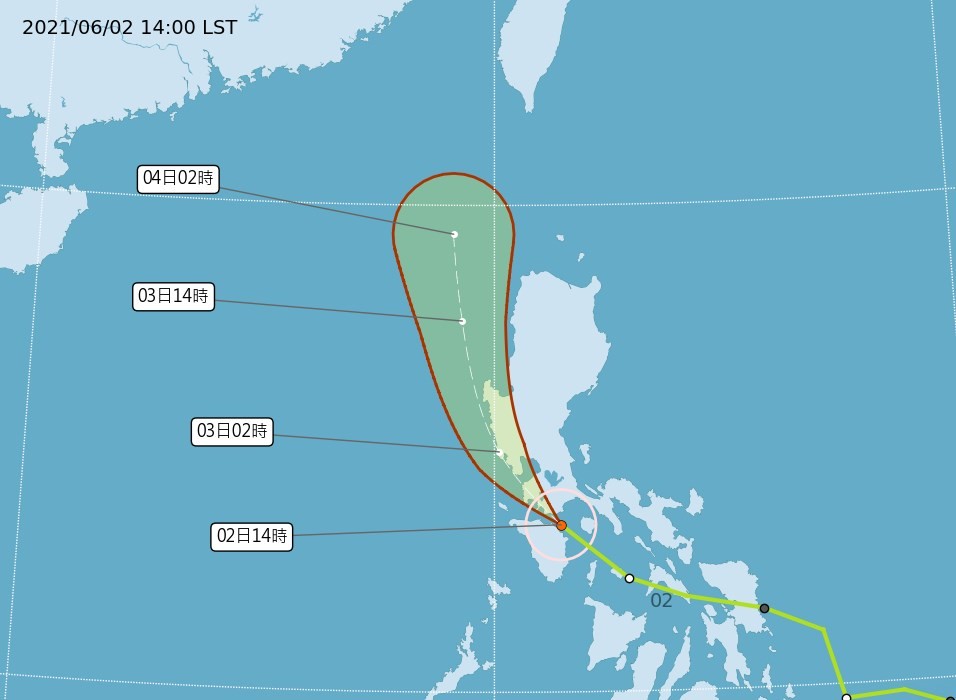 TAIPEI (Taiwan News) — The Central Weather Bureau (CWB) predicts that Tropical Storm Choi-wan (彩雲) will swing north towards Taiwan on Thursday (June 4), when it will bring rain to southern Taiwan, which will be followed by a plum rain weather front that will arrive on Friday (June 5), delivering still more precipitation.

According to the CWB, moisture brought from Choi-wan as it moves north towards Taiwan on June 4 will likely bring short-term showers to southeast, central, and southern Taiwan in the afternoon that day. The weather bureau said that the tropical storm will gradually weaken to a tropical depression on the same day, and for that reason, the rains it brings to Taiwan are not expected to be torrential.

However, the CWB projects that a plum rain weather front will arrive in Taiwan on June 5 and impact the country until June 7. According to the bureau, the rains are expected to be heaviest on June 5 and 6.

During this period, showers are likely in western Taiwan and the northeast of the country. Mesoscale convective systems are also possible, which would bring sudden downpours.

The plum rain front is expected to slowly shift away from Taiwan from June 8 to June 9. After this period, there will still be a great deal of moisture in the air, making brief showers likely and afternoon thunderstorms possible on June 10.