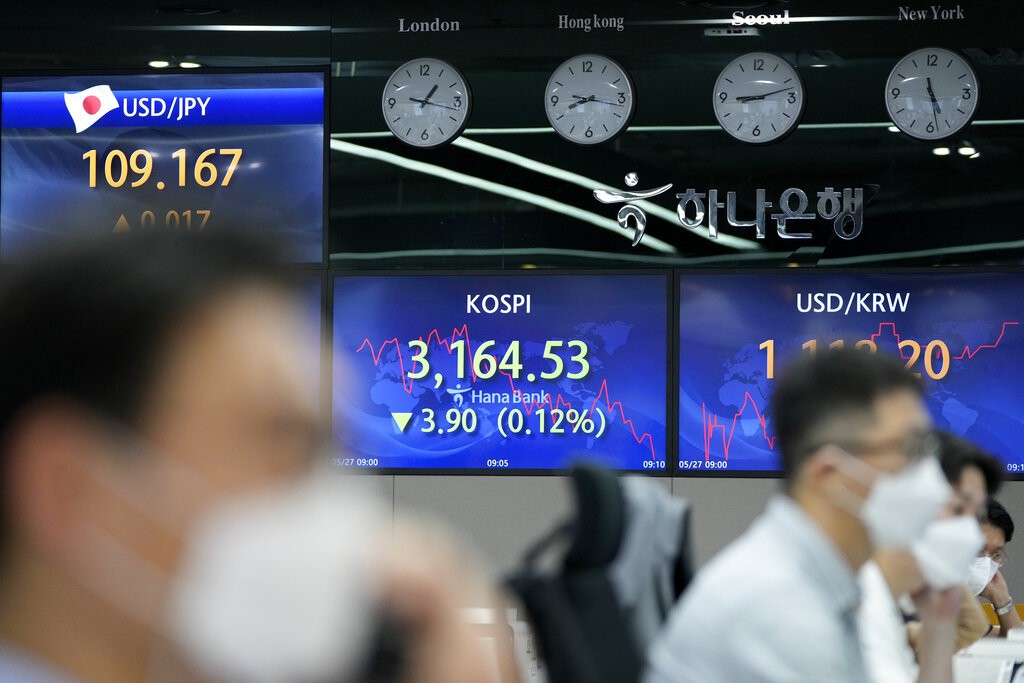 Stocks chopped around record peaks on Tuesday, while the dollar was pinned near recent lows, as markets awaited U.S. jobs data and looked ahead to crucial central bank meetings in Europe and United States for guidance on the interest rates outlook.

Brent crude was firm after closing above $70 a barrel for the first time in two years, while bond and currency markets were becalmed as traders wait on data for clues as to the recovery's progress.

U.S. and European equity futures were steady, with S&P 500 futures flat and EuroSTOXX 50 futures up 0.2%.

"The uncertainty around payrolls will have an influence on sentiment...whether we get a print nearer to 250,000 or a million is going to have quite some impact I think."

European factory gate price surveys and the U.S. Federal Reserve's "beige book" economic snapshot, both due later on Wednesday, will also be closely watched while Fed and European Central Bank meetings later in June loom largest on the horizon.

"As the major developed economies continue to reopen from COVID lockdowns the focus on central bank meetings is going to intensify," MUFG analysts said in a monthly outlook note.

They expect the ECB to avoid signalling a slowdown in bond purchases, but think the Fed might confirm that "very initial" discussions on tapering its bond buying have begun.