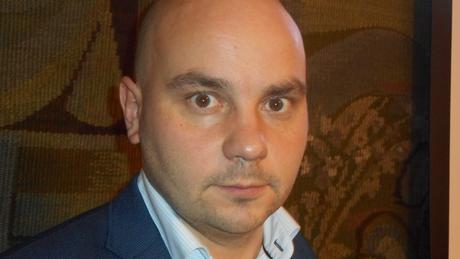 The head of Russian opposition group Open Russia, which said it ended operations last week, said he was pulled off an airliner and detained by police on Monday.

Andrei Pivovarov said his flight was taxiing for takeoff at St. Petersburg's Pulkovo Airport when it was stopped and he was removed by authorities.

He said on Twitter that he was taken to the Investigative Committee offices on suspicion of running an "undesirable" organization. If he is convicted, he could be imprisoned for up to six years.

He was reportedly detained and transported to Krasnodar, a city in the south of Russia, following his interrogation, according to a statement circulated by his lawyer Elena Borodina.

The criminal case against him is being carried out by the Investigative Committee for Krasnodar Territory, the statement added.

What is Open Russia?

Open Russia is a political activist group critical of the Kremlin.

The group was financed by oil tycoon and opponent of President Vladimir Putin, Mikhail Khorodkovsky, who now lives in London after spending 10 years in prison. His sentence was widely seen as a punishment for challenging Putin's rule.

In an attempt to protect Open Russia's members from prosecution, Pivovarov announced he would cease the organization's operations last week.

The group based in London was declared "undesirable" in 2017. Members in Russia formed a separate legal entity, albeit with the same name, to continue their activities and defend themselves from prosecution.

The Russian government passed a law in 2015 that made membership of an "undesirable" organization a criminal offense.

The designation has been used to ban about 30 groups. Several German NGOs in Russia were deemed "undesirable" last week.

Russian authorities described the laws as a response to alleged outside efforts to undermine Russia. Critics have said the laws are part of the Kremlin's efforts to snuff out dissent.

The federal government has intensified its crackdown in the lead-up to September's parliamentary elections as the popularity of the main Kremlin-backed party, United Russia, has been falling.

Prominent Kremlin critic, Alexei Navalny, was detained in January upon returning to Russia. The activist had been recovering in Germany after being poisoned by the Soviet-era Novichok nerve agent.