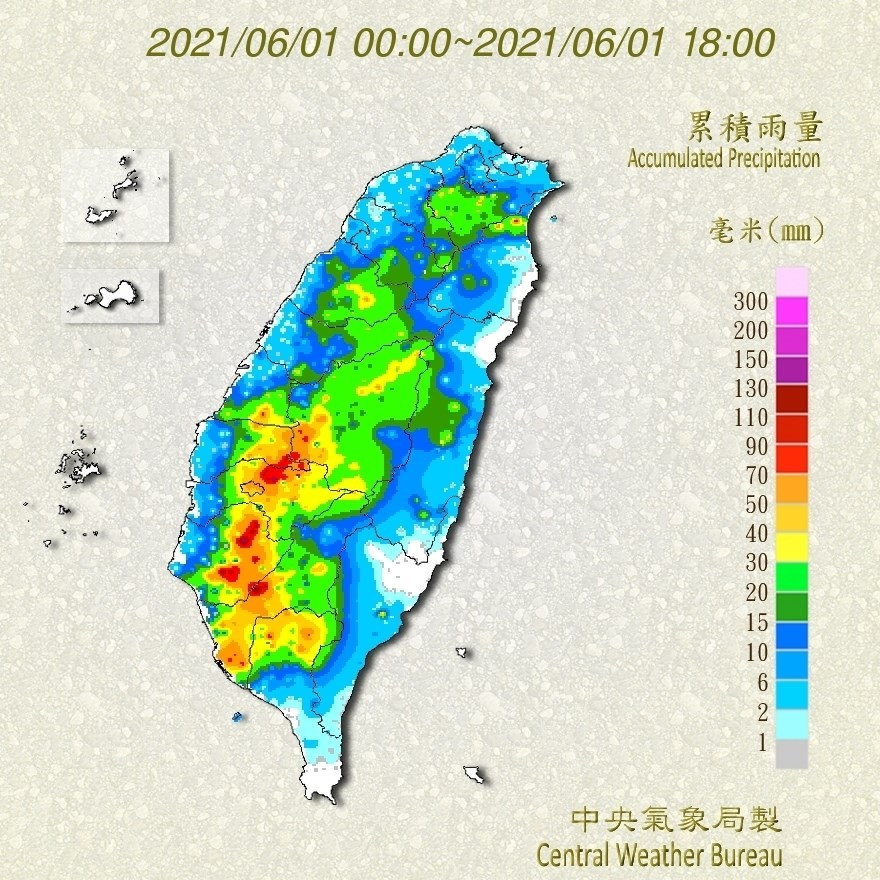 TAIPEI (Taiwan News) — This year's first wave of plum rains has brought over 200 millimeters of rainfall to 100 weather stations across Taiwan over the course of a little over two days.

Taiwan has been suffering from water shortages for the first half of the year as it deals with its worst drought in 56 years. However, the first major plum rain weather front of the year has started to slowly replenish many of Taiwan's nearly empty reservoirs.

According to the Central Weather Bureau (CWB), from midnight Sunday (May 30) to 5 a.m. on Tuesday (June 1), 100 weather stations in Taiwan recorded over 200 mm of rain. Of these weather stations, rainfall in the three stations in Nantou's Renai Township exceeded 400 mm.

The wave of plum rain brought at least 100 mm of precipitation to most of Taiwan, with the exception of Taitung County, Kinmen County, and Lienchiang County