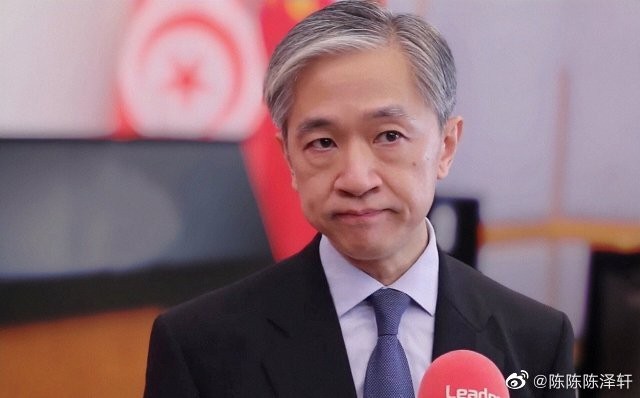 TAIPEI (Taiwan News) — China's Ministry of Foreign Affairs on Monday (May 31) expressed its opposition to Japan's plan to donate COVID-19 vaccines to Taiwan, labeling it a "political show" and claiming it has generated "suspicion" among the Taiwanese media and public.

The head of the Japanese ruling party's committee on Taiwan relations, Sato Masahisa, announced on Friday (May 28) that his government would send vaccines to Taiwan as soon as possible. At a press conference on Monday afternoon, Chinese Foreign Ministry Spokesperson Wang Wenbin (汪文斌) responded to the news by saying, "We firmly oppose the use of the pandemic for a political show."

Wang claimed Japan is currently unable to secure an adequate supply of vaccines for its own needs and that the Japanese move is an act of "interference in China's internal affairs."

The spokesman alleged Japan's announcement it is studying the possibility of providing vaccines to Taiwan "has been met with suspicion by many in the Taiwan media and general public, as well as the outside world," without citing any examples. Wang admonished Japan that "vaccine aid should return to the original intention of saving lives and should not be reduced to a tool for political self-interest."

The Japanese government signed a contract with AstraZeneca PLC for 120 million doses this year and approved the vaccine last month. However, due to overseas reports of a few cases of blood clots among vaccine recipients, there are no plans for its use in the country.

Japan has also signed contracts with Pfizer and Moderna for 240 million doses, enough to innoculate all citizens over the age of 16.

Wang purported that China has always expressed its willingness to do its utmost to help Taiwan deal with the pandemic, "but the DPP authorities have blocked the supply of vaccines from the mainland to Taiwan in every possible way."

However, according to the Regulations Governing Permission of Trade Between Taiwan Area and Mainland Area (台灣地區與大陸地區貿易許可辦法), as well as items from China blacklisted by the Bureau of Foreign Trade, Taiwan has never permitted imports of vaccines made in the country.