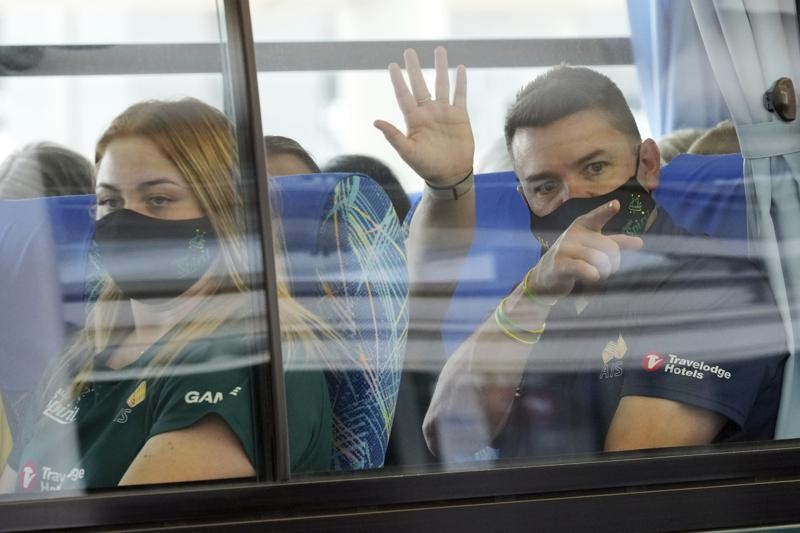 Australia's softball squad arrived in Tokyo for a pre-Olympic camp on Tuesday, the first national team to come to Japan for training since the Games were postponed, even as a majority of Japanese oppose staging the Games due to COVID-19.

Japan is battling a fourth wave of COVID-19 eight weeks out from the scheduled start of the 2020 Olympics, with 10 regions including Tokyo under a state of emergency until June 20, but the country's vaccine rollout has been slow.

A top government spokesman said vaccinations at workplaces and universities would start on June 21 to speed up the country's inoculation drive.

Only about 3 percent of Japan's population is fully vaccinated against COVID-19. Vaccinations of Japan's Olympic athletes will begin on Tuesday.

The Australian softball squad will attend a 47-day camp in the central Japanese city of Ota, some 80km (50 miles) northwest of Tokyo.

All members of the delegation have been vaccinated and are scheduled to be tested for the novel coronavirus every day during their stay, said an official of Ota, an industrial city with a population of about 220,000.

Kyodo news agency said all had tested negative for the virus upon arrival in Tokyo.

Members of the squad, wearing face masks and green T-shirts, waved to media after going through customs and then boarded a bus for the three-hour trip to Ota.

Three floors of their hotel had been roped off for their exclusive use to minimize contact with other guests, media said.

They will play the opening game against hosts Japan, who won gold in 2008, on July 21, two days before the official opening ceremony of the Games.

Japan has avoided the large-scale infections suffered by many other nations, but severe cases have been rising in the latest outbreak. More than 741,000 cases have been recorded and nearly 13,000 deaths.

Olympic Minister Tamayo Marukawa told a news conference that 105 Japanese municipalities had canceled plans to host overseas teams ahead of the Games, most because the delegations will now go directly to the Athletes Village in Tokyo.

The Japan Football Association said on Tuesday a friendly soccer match with Jamaica had been canceled because 10 Jamaican players could not come to Japan for reasons including issues with pre-landing coronavirus testing methods.

Tokyo Governor Yuriko Koike told reporters a planned public viewing site for the Games in the city's Yoyogi Park - which has sparked public outrage - would first be used as a mass vaccination site and whether it would become a public viewing zone depended on the state of COVID-19 cases.

An online petition opposing the project, which involves pruning back trees and was meant to accommodate 35,000 people but later scaled back, has gathered nearly 110,000 signatures.

In a poll published by the Nikkei daily on Monday, over 60% of respondents were in favor of postponing the Games again or scrapping them altogether.

An online petition calling for the cancellation of the Tokyo Olympics has garnered around 414,000 signatures while a pro-Games petition has obtained about 93,300 signatures.

The pro-Games campaign was begun a month ago by conservative commentator Tsuneyasu Takeda, son of former Japanese Olympic Committee head Tsunekazu Takeda. The senior Takeda resigned in 2019 after being placed under formal investigation by French prosecutors for alleged corruption in connection with Tokyo's successful Olympics bid. He has denied wrongdoing. 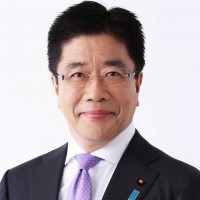