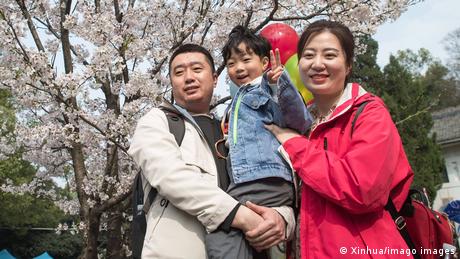 China's Politburo decided in a meeting on Monday overseen by President Xi Jinping to allow families to have up to three children in the future, according to state news agency Xinhua.

Xinhua reported that the meeting decided to "introduce major policies and measures to actively deal with the aging population." The report said that allowing couples to each have up to three children would be "conducive to improving China's population structure."

Despite China lifting its one-child policy in 2015, data showed people were not necessarily taking up the new opportunity. In 2020, China's fertility rate dropped to just 1.3 children per woman, below the threshold of roughly 2 needed to maintain a stable population.

The one-child policy had initially been put in place to prevent explosive population growth.

From one child to three in less than a decade: Will it work?

Raising a family in Chinese cities can also be prohibitively expensive for couples.

Ye Liu, a sociologist at King's College London told Reuters, "There is still a lack of concrete policy proposals in addressing three main obstacles that put families (in particular women) off from having more children."

In China, the cost of childcare, employment discrimination against mothers and a lack of child welfare regulations all worked against the government's stated goals in introducing the new policy, she said.

The portion of the population that is of working age has also declined severely, raising concerns of a demographic crisis on the horizon.

The most recent census figures came out last month, revealing the lowest population growth in China of any decade since the 1950s. China's census comes out every decade.

A traditional preference for boys also dramatically skewed the gender balance in China as many girls were abandoned or aborted over the decades when the one-child policy was in place.

China is still thought to be the world's most populous nation with around 1.4 billion people, albeit with India poised to surpass its total in the coming years.