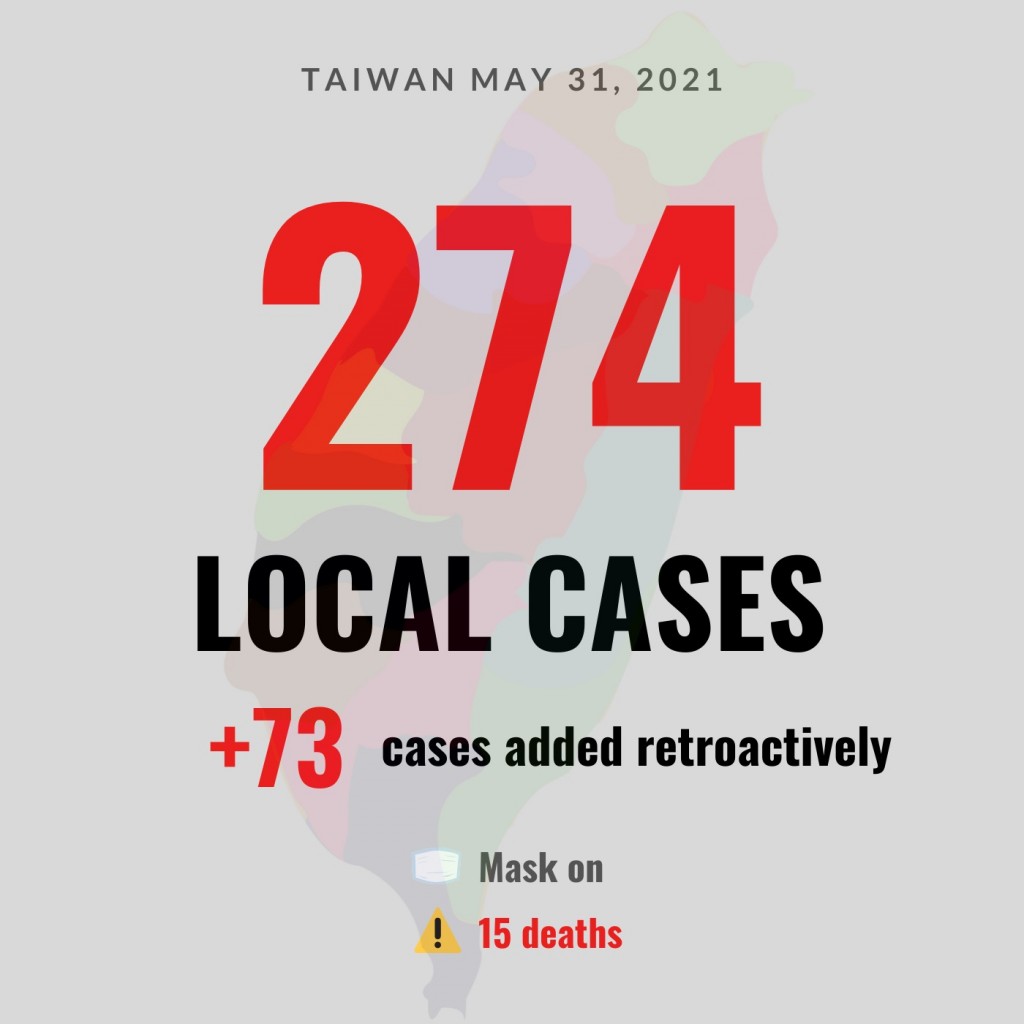 Of the 347 new and backlog local cases, 171 were in New Taipei City, 122 in Taipei City, 27 in Taoyuan City, 10 in Changhua County, five in Taichung City, three each in Keelung City and Miaoli County, two cases in Hsinchu City, and one each in Hualien County, Penghu County, Kaohsiung City, and Hsinchu County.

Case No. 8,434 is a Taiwanese man in his 40s who returned to Taiwan from South Africa on May 14. He began to experience symptoms of the disease on May 29.

The health department arranged for him to undergo a coronavirus test and he was diagnosed with COVID-19 on May 31.

A total of 21 people have been removed as confirmed cases, while 14 cases are still under investigation. Up until now, 124 individuals have succumbed to the disease. 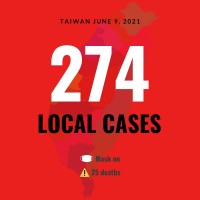