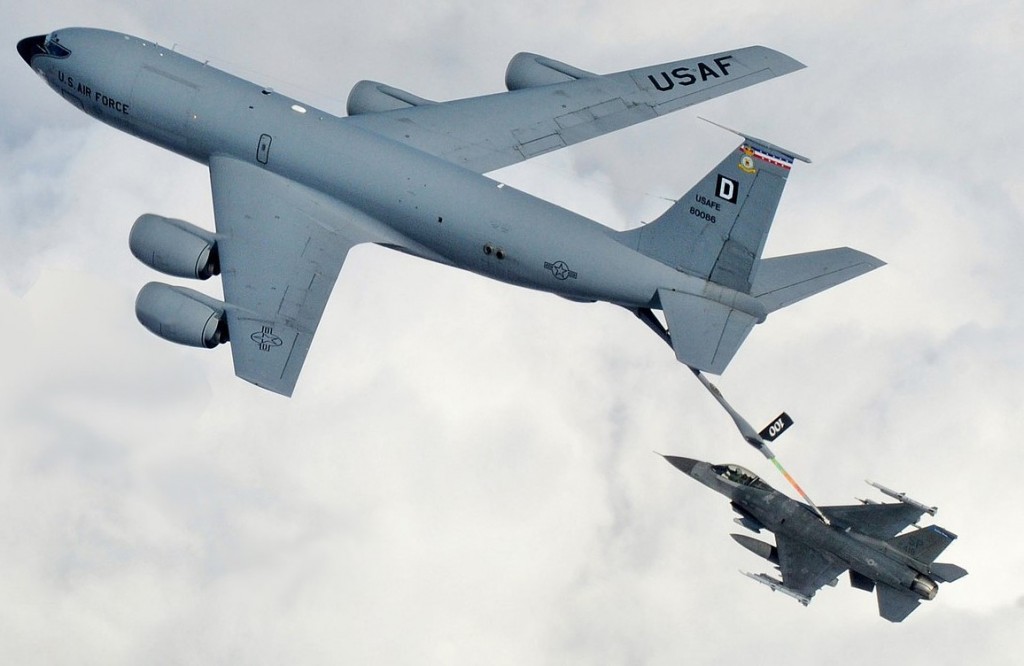 Chen Liang-chi (陳亮智), an associate researcher INDSR, on Thursday (May 27) published a short analysis of the strategic significance of aerial refueling aircraft in Taiwan's air defense.

The researcher said that if Taiwan obtained aerial refueling tankers, it would extend the airborne time and combat radius of its F-16 fleet, consisting of 146 F-16 A/Bs and 66 newly ordered F-16 Block 70s.

Chen said that the combat radius of an F-16 fighter is approximately 629 kilometers. If an F-16 is required to conduct a long-range mission or faces an unexpected situation, such as encountering enemy aircraft, its current radius limits the fighter jet’s airborne time and prevents it from fully carrying out its tasks. Having aerial tankers would allow Taiwan to dispatch several waves of fighters in rotation, which would be beneficial during a potential conflict.

The researcher mentioned that though F-16s are perfectly capable of tracking Chinese military aircraft in the southwest corner of Taiwan’s ADIZ, aerial tankers would allow the fighter jets to deal with more difficult and time-consuming situations.

Chen added that F-16s, accompanied by tankers would bolster Taiwan’s defense capabilities in the Dongsha Islands, which are located in the South China Sea — 455 kilometers away from Kaohsiung.