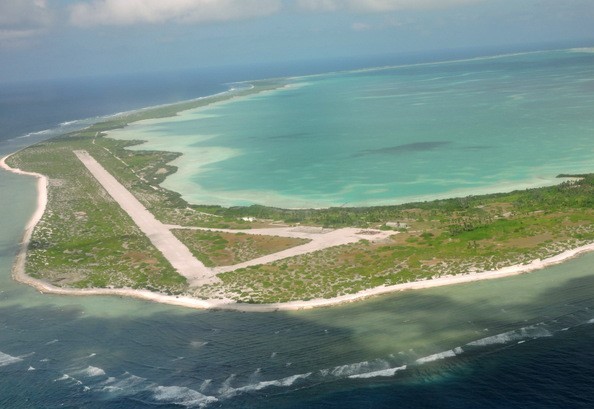 TAIPEI (Taiwan News) — Taiwanese military scholar Chang Jung-ming (章榮明) has warned that if China rebuilds a World War II-era airstrip in Kiribati, a former diplomatic ally of Taiwan, it may become a strategic base for Chinese aircraft to spy on the U.S. Pacific Fleet.

In the latest issue of the Institute for National Defense and Security Research’s (INDSR) bi-weekly report, Chang analyzed the strategic implications of this move in an article titled "Observations on China’s plan to renovate the abandoned airport in Kiribati."

The scholar said that Tessie Lambourne, a member of the Kiribati opposition party, recently revealed Beijing’s plan to renovate an abandoned airstrip and bridge on Canton Island. The runway is nearly 2,000 meters long and was built by the U.S. during World War II.

Chang said renewing the abandoned airstrip is the second time China has sought to establish a major air hub in the Pacific. Additionally, this proves that Beijing is not just satisfied with controlling or obtaining ports.

As Kiribati is only about four hours away from Hawaii, it could become the best place for Chinese aircraft to spy on the U.S. Pacific Fleet, Chang remarked. If tensions in the first island chain increase dramatically, the I-Kiribati airport will serve as a prime location from which Chinese military aircraft can take off and monitor the movements of the U.S. Pacific Fleet.

The scholar said that considering the sensitivity of military aircraft being deployed in Kiribati, it could lead to local and U.S. opposition. This means Beijing may only dispatch drones to the Pacific Island country to conduct spying missions.

However, Chang noted that due to the limited range of unmanned aerial vehicles, it is impossible to carry out such missions in full. Therefore, China may choose to use underwater drones for maritime surveillance instead.

Kiribati established diplomatic relations with Taiwan in 2003. However, it later switched recognition from Taipei to Beijing in September 2019.