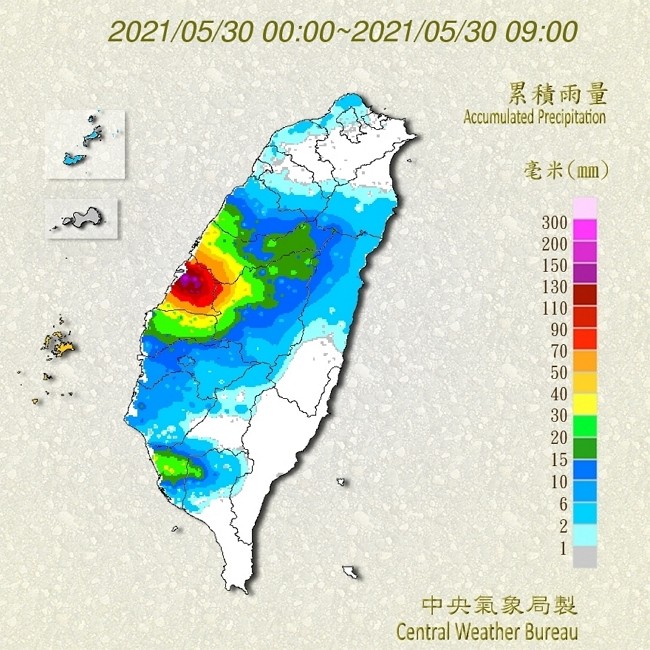 Taipei (Taiwan, News) — An “extremely heavy rain” advisory was issued by the Central Weather Bureau (CWB) on Sunday (May 30) for the geographical heart of the country, Nantou County, and Changhua County in the midwest.

Taiwan’s chipmakers will be breathing a small sigh of relief as water restrictions are set to kick in from Tuesday (June 1) if there is no significant rainfall before then. Taiwan Semiconductor Manufacturing Co. (TSMC) and United Microelectronics Co. in Hsinchu Science Park face two-day-a-week water bans and a reduction in water consumption of 17 percent.

Meteorologist Daniel Wu (吳德榮) told CNA a strong front hovering over the nation will affect the weather until Tuesday (June 1), with plenty of local showers and thunderstorms. Concurrently, high temperatures in central and southern regions will drop off.

Wu believes the front will weaken from Wednesday. While there may still be heavy rainfall, it won’t be as intense as Sunday and early in the week, the meteorologist said.