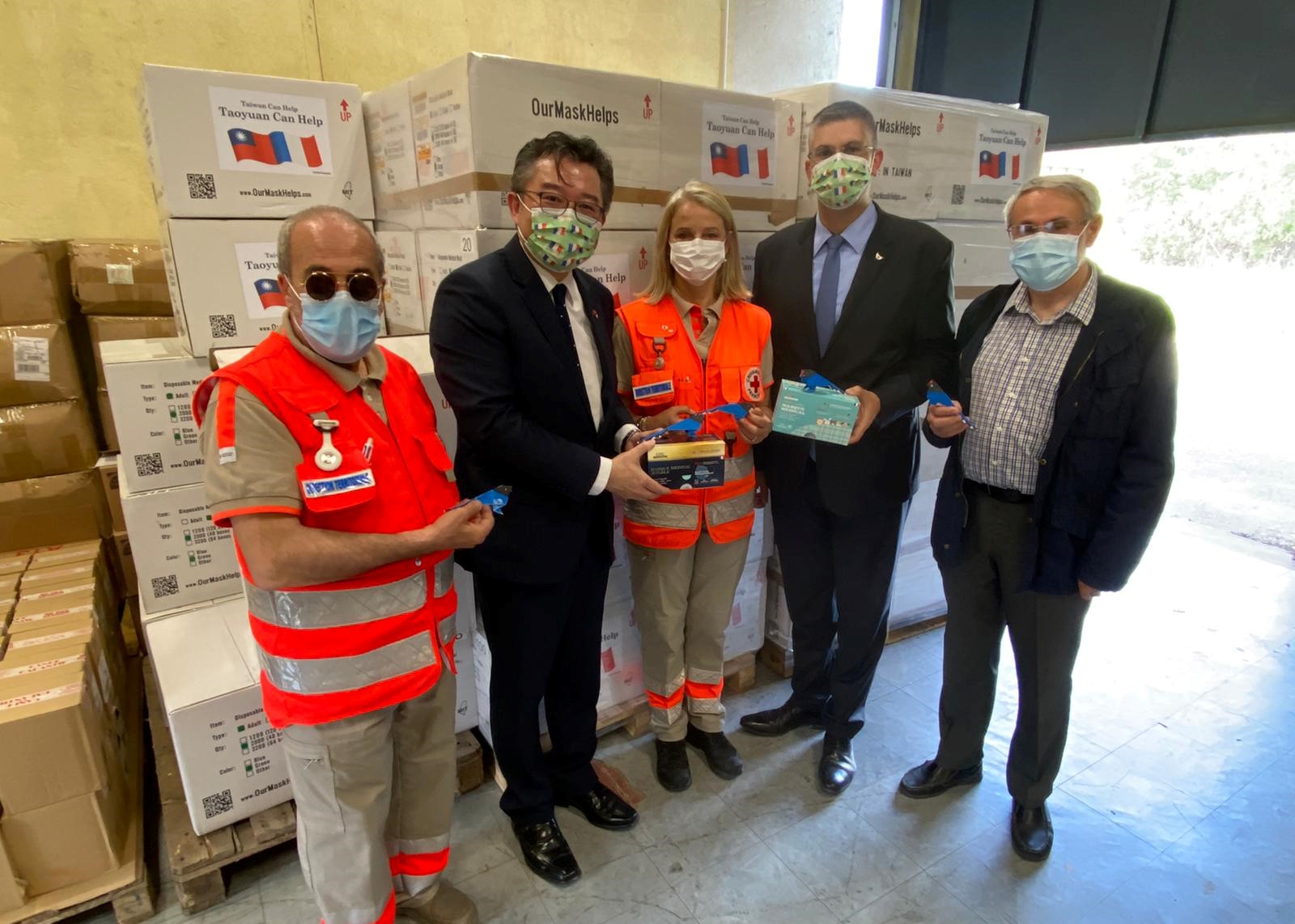 TAIPEI (Taiwan News) — Taiwan has donated 200,000 face masks to France, which will be distributed to disadvantaged groups in the southern part of the European nation, as it continues to struggle with the pandemic.

The mask donation ceremony was held by the Taiwan representative office in Provence and the French Red Cross in the village of Les Milles, on Saturday (May 29).

Julien Ruas, head of the French Red Cross’ southern chapter and the former deputy mayor of Marseille, was at the ceremony. He expressed his gratitude to the Taiwan government and private enterprises for their concerted efforts to gift high-quality masks to France and for choosing the Red Cross as a partner.

Hsin Chi-chih (辛繼志), head of Taiwan’s Provence office, said the recent worsening of the epidemic in Asia is a reminder the virus knows no borders and the pandemic can only be overcome through close international cooperation. He added that although Taiwan is excluded from the World Health Assembly (WHA) due to political factors, the nation is still promoting its "Taiwan can help" campaign to gain international support for Taiwan’s future inclusion in the WHA.

Hsin also thanked the French Senate for unanimously passing a resolution supporting Taiwan's participation in international organizations on May 6.

The mask donation was made possible through the coordination of Taiwan's Ministry of Foreign Affairs, the French Office in Taipei, Taoyuan City Government, and Taiwan’s Provence office. Meanwhile, logistics support and transportation were provided by a number of French and Taiwan companies.