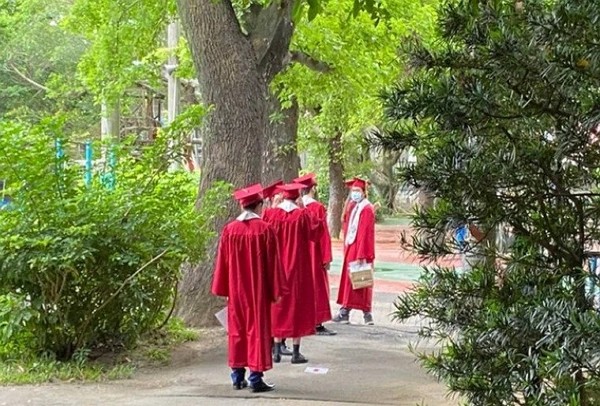 TAIPEI (Taiwan News) — Taipei Kuei Shan School on Saturday (May 29) broke the country's COVID-19 restrictions by holding a physical graduation ceremony of more than 30 people and refused to cooperate even after being given a warning.

After Taiwan extended Level 3 pandemic restrictions to June 14, schools at all levels were ordered to cancel or postpone in-person graduation ceremonies to avoid large gatherings. However, a few netizens pointed out on social media Saturday that Taipei Kuei Shan School in Beitou District secretly held a physical graduation ceremony in the morning despite the pandemic situation.

In response, Taipei City Councilor Huang Yu-fen (黃郁芬) said she contacted the Taipei Education Department and Taipei City Police after seeing the posts. She urged the Taipei Health Department to issue hefty fines to the private school for ignoring epidemic prevention rules and endangering the public.

Meanwhile, Taipei Education Department Deputy Commissioner Chen Su-hui (陳素慧) confirmed the school had carried out its graduation ceremony despite being warned by officials not to do so. She said the school excused its decision by insisting that it had divided graduates into three groups of nine to prevent transmission of COVID-19.

Chen said the school would be fined between NT$60,000 (US$2,171) and NT$300,000 for breaking the Communicable Disease Control Act. She said the city government may issue the maximum fine. 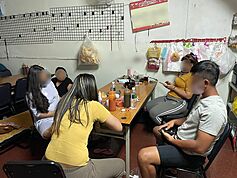