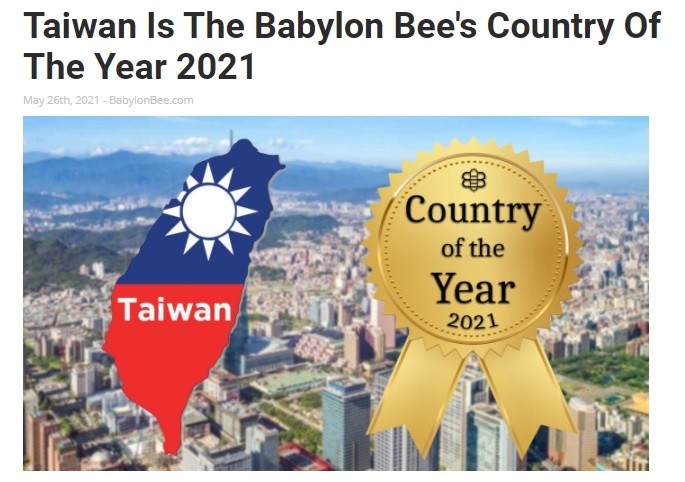 TAIPEI (Taiwan News) — Amid the backlash over professional wrestler John Cena's cringe-worthy apology to China for calling Taiwan a country, satire website Babylon Bee on Wednesday (May 26) declared Taiwan to be its "Country of the Year 2021."

On May 8, TVBS released a video of Cena excitedly proclaiming in rudimentary Mandarin that, "Taiwan will be the first country to see 'Fast & Furious 9.'" The Taiwan video eventually made its way to social media in China, enraging Chinese netizens who came up with comments such as, "You can't speak Chinese, please shut up."

On Tuesday (May 25), Cena posted a video on Weibo in which he apologized profusely by saying that he was "very very sorry for my mistake" and stressed, "I very much love and very much respect China and Chinese people." However, many Chinese felt he was being two-faced to please audiences in both markets and many insisted that he explicitly stated "Taiwan is part of China" as part of his apology before they would accept it.

The backlash in the U.S. was even greater, with politicians and pundits slamming wrestler Cena for his groveling apology. His old WWE rival CM Punk leaped at the chance to troll Cena by changing his Twitter bio to "Taiwan is a country."

That same day, conservative satirical website Babylon Bee hopped into the tag team match and pummeled Cena by creating its own annual "Country of the Year" award and bestowing it on Taiwan. The site lauded Taiwan for being the "most country-like country of all the countries" adding that there is "no country on earth that is more of a country than Taiwan."

Babylon pointed out that Taiwan is a thriving democracy with civil liberties afforded to all citizens, which stands in stark contrast to the nearby "fake country of China." It described China as a "lame and boring place" led by a chairman who resembles Winnie the Pooh.

It claimed that its crack team of researchers had discovered that Taiwan boasts the "best food and best-looking people." The editors marveled at the way Taiwan's skyscrapers can "wiggle around in the air" during earthquakes and its lack of concentration camps, but admitted its essential "country-ness" was most impressive. 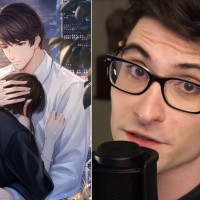