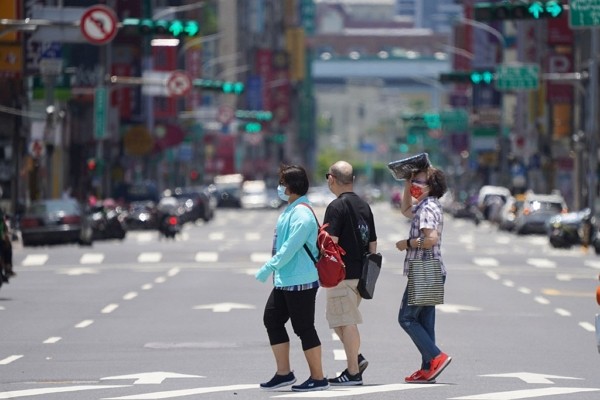 TAIPEI (Taiwan News) — Heat alerts have been issued for 18 cities and counties across Taiwan on Friday (May 28), as temperatures were forecast to reach 38 degrees Celsius in some areas, according to the Central Weather Bureau (CWB).

An "orange" warning, indicating a maximum one-day temperature of 38 degrees, has been issued for Taipei, New Taipei City, Hsinchu County, Nantou County, Tainan, Kaohsiung, and Taitung County. The same alerts were also announced for Chiayi City and Yunlin and Pingtung counties, but these areas are likely to experience temperatures of 36 degrees for three consecutive days.

Meanwhile, the cities of Keelung, Taoyuan, Taichung as well as Chiayi, Miaoli, Changhua, Yilan, and Hualien counties all received a "yellow" heat advisory, which refers to a one-day temperature high of 36 degrees.

As of 12:30 p.m. Friday, the highest temperature observed in New Taipei was 38.3 degrees in Banqiao District. The CWB said this is the highest number recorded at the Banqiao weather station in five years.

The bureau urged the public to avoid outdoor activities and stay hydrated to avoid heatstroke. People are also advised to take steps to protect themselves from getting sunburn due to high UV levels.