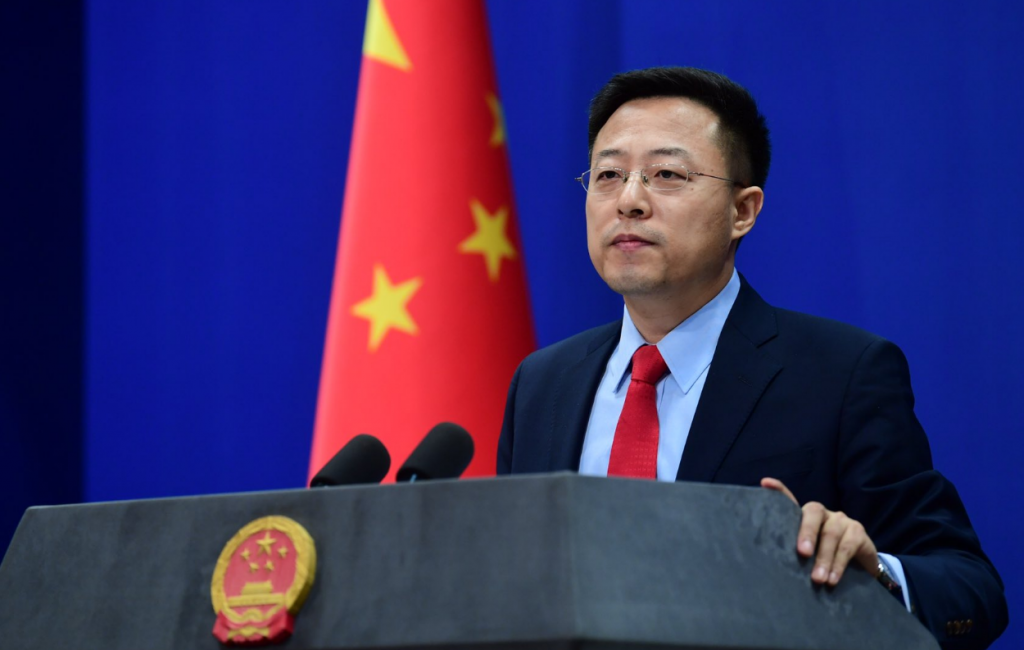 Hong Kong-based Phoenix Television referred to Wu as Taiwan's foreign minister when asking questions about an interview he did recently with the Canadian Broadcasting Corporation.

In response, Zhao declared, "I have to correct one of your incorrect statements that Taiwan is an inalienable part of Chinese territory and there is no so-called ‘foreign minister,'" Liberty Times quoted him as saying.

The spokesperson went on to allege that Taiwan has used Hong Kong affairs to maliciously slander China under the guise of democracy and freedom. "This kind of clumsy political manipulation is nothing more than seeking attention and focusing on hot spots," he said.

This is not the first time Wu has been criticized by Beijing. On May 12, China’s Taiwan Affairs Office (TAO) spokeswoman Zhu Fenglian (朱鳳蓮) described the Taiwan foreign minister as a “die-hard Taiwan independence element” and threatened to “do everything possible to severely punish him and hold him accountable throughout his life according to law.”

In response to Zhu’s comments, Taiwan’s Ministry of Foreign Affairs said that not only is Taiwan an independent country but also an advanced democracy on friendly terms with other democratic countries. It added the Chinese government lacks an understanding of universal values and uses power and expansionism to force its principles on other countries, causing regional tension and conflict.