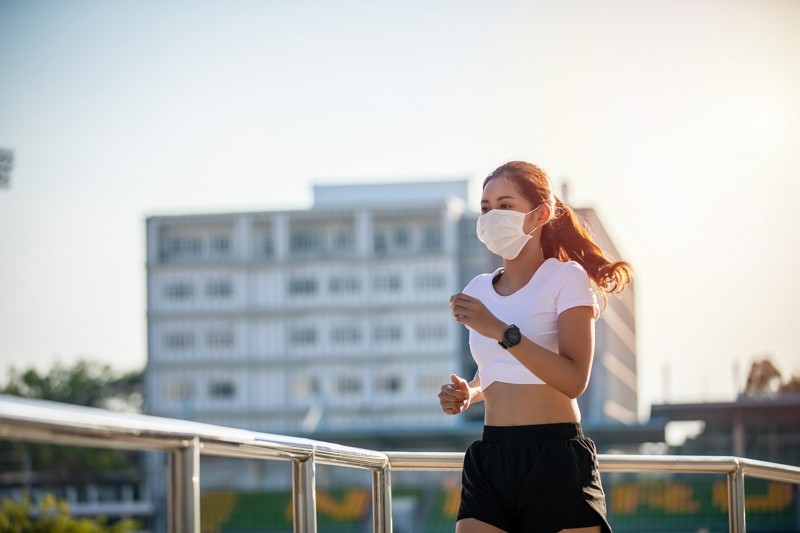 TAIPEI (Taiwan News) — Doctors in Taiwan have urged against jogging while wearing a mask as people adapt to the new normal of COVID-19 restrictions during the recent surge of cases.

The whole nation has been under a Level 3 alert, the second-highest level since mid-May, but people are still allowed to go out to exercise. Some have continued to jog or bike with a mask on, which reportedly reduces mask efficacy against the coronavirus.

A 34-year-old man in Kaohsiung lost consciousness and collapsed during an evening jog with his mask on Wednesday (May 26). He was resuscitated by nearby police officers, reported ETtoday.

Yang Shih-hsien (楊士賢), an orthopedic surgeon at E-Da Hospital, cautioned that putting on a mask when running could diminish its protective effect since it could become wet from sweat or saliva. He advised people to avoid outdoor sports and try strength training at home to reduce the chances of virus transmission, wrote UDN.

The U.S. Centers for Disease Control has recommended against wearing a mask during high-intensity activities. A sports medicine physician in Los Angeles advised people to take off their masks if they experience shortness of breath, dizziness, lightheadedness, chest pain, or labored breathing.