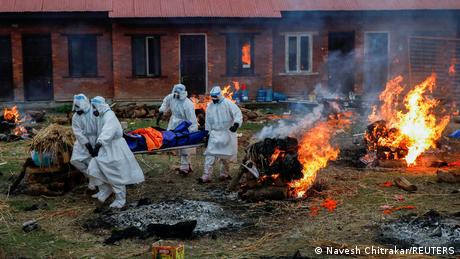 After Nepal's Parliament was dissolved by President Bidya Devi Bhandari on Saturday, a political battle is underway among the Himalayan county's rival political factions.

Bhandari's office said the decision was made on the recommendation of caretaker Prime Minister KP Sharma Oli, the leader of the ruling Communist Party of Nepal CPN-UML.

This is the second time in six months that Nepal's Parliament has been dissolved. The Parliament was previously dissolved in December.

Oli has lost much support after a split in the CPN-UML, and already lost a vote of confidence in early May after a faction of the Nepal Communist party refused to support him.

After Bhandari's move, more than 140 lawmakers, including members of Oli's party, gathered at Nepal's Supreme Court with a signed petition calling for the formation of a government under the leadership of opposition Nepali Congress (NC) leader, Sher Bahadur Deuba.

"We came here to give our signatures after Premier Oli claimed that we were on his side," Jhapat Rawal, one of 23 CPN-UML lawmakers who have split from Oli, told DW.

"We decided to give a lifeline to the Parliament and counter the conspiracy against democracy and the federal republic system," he said.

Despite the show of support, Bhandari announced the date for a new election in November.

At least two dozen petitions have been filed with the Supreme Court calling for the immediate restoration of Nepal's Parliament, with Deuba as the new prime minister.

Legal experts estimate that the judiciary may take anywhere from a few weeks to several months to reach a verdict.

The political crisis comes at a time when Oli's government has been criticized for its handling of a new surge of coronavirus infections that have spilled over from neighboring India.

Nepal is currently reporting about 8,000 new COVID-19 cases every day, and the country's shaky health care system is being pushed to the edge.

Critics say Oli has been preoccupied with planning rallies and political meetings to muster support.

Yug Pathak, a civil society leader, told DW that Oli pushed for the Parliament's dissolution, because the pandemic would prevent new polls from happening quickly.

"The prime minister has violated the constitution time and again. It seems that he wants to kill the Parliament at any cost if it won't keep him as prime minister," he said, adding that Oli's intent is not to hold elections, but to "prolong his rule."

"It's clear that polls couldn't happen during the pandemic. His only intent is to postpone the polls after the health emergency," he said.

A risky time for election campaigns

At a press conference on Monday, Health Minister Hridayesh Tripathi said strict lockdown measures were having an effect on reducing case numbers, and claimed that polls would be able to happen on time in November.

Public health experts are warning that announcing a new election during a pandemic is dangerous, as it would incite people to protest and hold rallies.

Baburam Marasini, a former director of epidemiology and disease control at Nepal's Department of Health Services, told DW that election rallies and protests would put lives at risk.

"It's impossible to break the chain within the next one or two months, as the virulent virus has already spread to communities, villages and the countryside," he said.

Marasini said it would take longer to bring the spread under control in villages than in cities. There is limited access to health care facilities in rural Nepal. People also rarely follow pandemic protocols, including social distancing, wearing masks and tracing contacts, Marasini said.

He warned that election campaigns, which largely happen door-to-door in Nepal, would not be possible until the majority of the populations is fully vaccinated .

Marasini said the target of November for elections seemed far-fetched, as only 2.5% of Nepal's population has received a vaccine shot.

Nepal has had trouble securing vaccine import deals, after the COVID crisis in India forced Delhi to cut off supply in March. On Wednesday, however, China said it would provide 1 million vaccine doses to Nepal.

"Even if the infection rates would come down in coming months, the upcoming festive season and the election campaigns could be a launching pad for the third wave of the pandemic," he said.