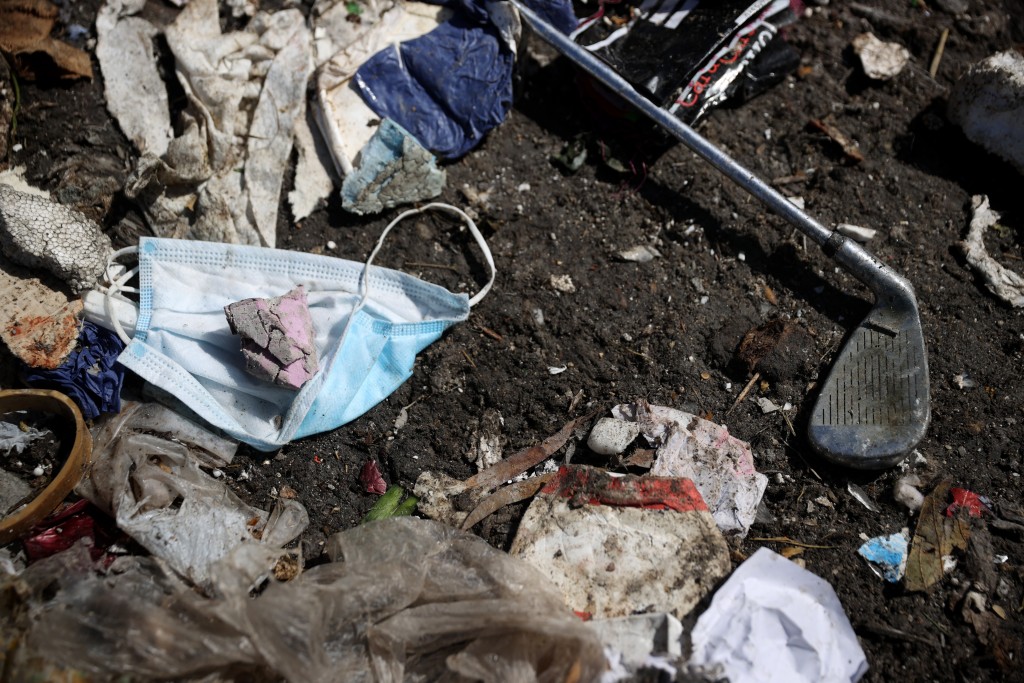 TAIPEI (Taiwan News) — In the wake of the COVID-19 pandemic, personal protective equipment (PPE) is posing a threat to the environment and a challenge for recycling efforts.

From February to May, Taiwan produced 1.3 billion face masks. Each mask weighs approximately 4 grams, which adds up to 5,500 tons over three months. This amounts to so much waste that 1,100 garbage trucks would be required to collect and dispose of it, according to estimates by environmental group Greenpeace.

Masks have littered various streets in Nantou County, Liberty Times reported, and the Centers for Disease Control (CDC) cautions that the discarded masks also pose a transmission risk. According to the Department of Environmental Protection (DEP), those who throw away masks improperly face a fine of up to NT$6,000 (US$216).

Globally, the estimated 129 billion face masks and 65 billion gloves used each month have resulted in widespread environmental contamination, according to scientific journal Environmental Science & Technology. Research suggests a major impact on ecosystems due to the ubiquitous plastic pollution.

The article also pointed out that SARS-CoV-2, the virus responsible for COVID-19, persists on everyday surfaces for up to 72 hours after contamination and even longer when environmental conditions are favorable. While PPE is meant to reduce transmission, it turns into a public health threat when disposed of incorrectly, according to the researchers.

While the healthcare sector already has policies in place for the proper management of infectious waste, everyday citizens still need to be instructed on proper use and disposal, according to the authors. The Plastic Soup Foundation (PSF) stressed that plastic does not decompose but breaks into micro pieces, adding that all the plastic that has ever been produced and ended up in the environment is still present there in one form or another, permeating the food chain.

French startup Plaxtil has made a breakthrough in recycling used masks by turning them into a plastic fiber that can be used in the production of various textile products, Recycling International reported.