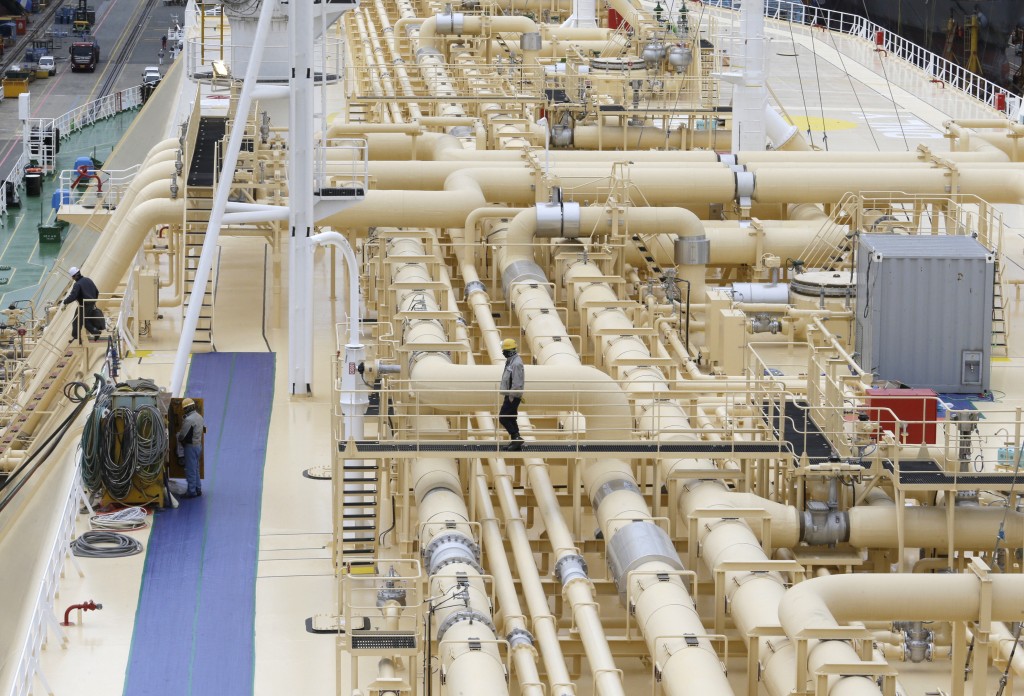 Asia's imports of liquefied natural gas (LNG) are holding up strongly and are set for gains in May, even as coronavirus outbreaks spark demand worries in some top consumers, including India and Japan.

Asia, home to the world's four biggest buyers of LNG, is on track to import about 22.37 million tonnes of the super-chilled fuel in May, according to Refinitiv vessel-tracking and port data, which has been filtered to show ships that have already discharged, are awaiting discharge, or are en route to a port and expected to arrive before the end of the month.

While the final monthly figure may vary depending on whether ships slated to arrive by the end of the month actually manage to discharge their cargoes, it seems likely that May's imports will exceed the 20.78 million tonnes recorded in April, and be well above the 18.96 million from May 2020.

Perhaps the most surprising May performance is India, which is on track to import 2.01 million tonnes of LNG, despite the country battling a major resurgence of the coronavirus, which has hit economic activity.

If the final outcome for May is close to the current estimate, it means India's imports will have risen from April's 1.86 million tonnes, and also be higher than the 1.75 million seen in May last year.

However, the full impact of the current outbreak is likely to be felt only in June, with reports that Indian buyers have asked for cargoes to be deferred amid soft domestic demand.

Another country battling a renewed coronavirus outbreak is Japan, but as with India, its LNG imports for May look quite solid.

An estimated 5.29 million tonnes will be landed in May, up from 5.14 million in April and also above 4.82 million in May last year.

Despite the solid performance, Japan is in danger of losing its status as the world's biggest LNG importer to China, which is continuing its rapid uptake of the fuel.

China is effectively driving the spot market for LNG in Asia this year, with its appetite being reflected in strong prices for cargoes in what is typically the softer period between the winter and summer demand peaks.

While the spot LNG price for delivery to north Asia is nowhere near the levels it reached during a demand-led squeeze this past winter, it is still robust for this time of year.

The weekly assessment ended at $9.41 per million British thermal units (mmBtu) on May 23, down slightly from $10.15 the prior week.

However, the price is up 68% from the post-winter low of $5.60 per mmBtu, reached in the week to Feb. 28. It is also about five times stronger than the $1.92 per mmBtu in the week to May 24, 2020, showing just how strong the recovery has been from the depths plumbed at the height of the lockdowns across Asia as governments battled to contain the coronavirus pandemic.

The forward curve of LNG futures traded in New York shows that the market is anticipating that summer demand won't cause a price spike, as happened during winter when some cargoes were traded at record highs above $30 per mmBtu.

The front-month contract, which expires on June 15, ended at $10.07 per mmBtu on Monday, but the July and August contracts were both at $10.00, before a gentle rise to $10.25 for the September future.

The pricing suggests that Asia's major buyers have already locked in what they think will be sufficient cargoes to meet summer demand.

It further suggests that the LNG market in Asia remains fairly tight, with the spot price expected to hold around the $10 per mmBtu mark for a run of several months, which would be the strongest performance for this time of year since 2014.