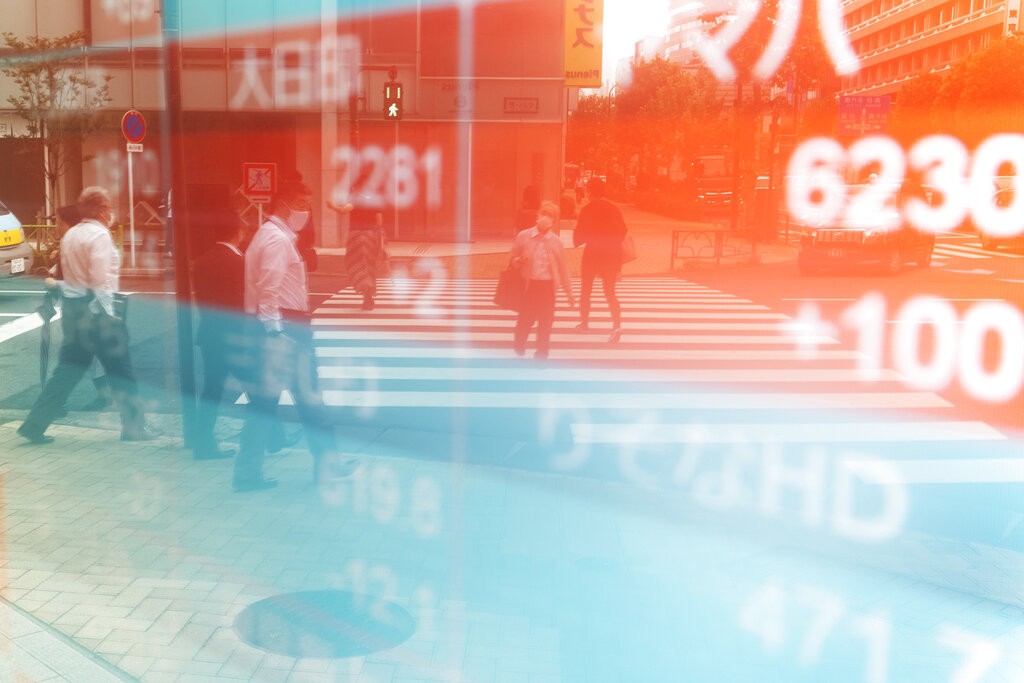 Asian shares rose on Wednesday while the U.S. dollar stood near its lowest levels this year after U.S. Federal Reserve officials reaffirmed a dovish monetary policy stance, providing yet more assurance to investors worried about the inflation outlook.

Richard Clarida, the Fed's vice chair, said on Tuesday that the U.S central bank would be able to curb an outbreak of inflation and engineer a "soft landing" without throwing the country's economic recovery off track. read more

All the same, Clarida's comments reflect a shifting tone at the Fed. A month ago, Fed Chair Jerome Powell said it was "not yet" time to even contemplate discussion of policy tapering, but more recently policymakers have acknowledged they are closer to debating when to pull back some of their crisis support for the U.S. economy. read more

But in Asia, the soothing Fed comments helped to boost sentiment.

"The messages were not necessarily new but they reinforced the prevailing consensus still that the bulk of the surprise in April (CPI) can be traced to transitory elements," said Stefan Hofer, chief investment strategist at LGT in Hong Kong.

"The proof is in the pudding so to speak over the coming months, how much of the CPI increase is structural and how much of it is transitory. And the jury is I would say still out on that, but the Fed is sticking to its guns and markets seem to be by and large still comfortable with that."

U.S. consumer prices increased more than expected in April as booming demand amid a reopening economy pushed against supply constraints.

In early regional trade, MSCI's broadest index of Asia-Pacific shares outside Japan was up 0.28% near more than two-week highs, while Tokyo's Nikkei added 0.27%.

Australian shares were 0.27% higher and Seoul's Kospi tacked on 0.16%. Chinese blue-chips were up 0.13% after posting their biggest daily gain in nearly 11 months on Tuesday on easing inflation fears and a strong yuan.

On Wednesday, China's central bank set the yuan's daily midpoint fixing at its strongest level since June 2018 after the currency tested a key level against the dollar a day earlier, prompting state banks to step in to curb the rally.

Analysts at Jefferies said regional equity markets could benefit, especially given a weak dollar could help boost global trade and emerging markets by lowering global prices of goods and services.

"A weak dollar should underwrite emerging market performance despite very mixed vaccine roll-outs to date," they said in a note.

"Until the U.S. government declares the pandemic is over and job growth is running at one million plus per month, tapering is unlikely to happen...In the meantime, real rates will be heavily negative. Moreover, based on the dollar's Real Effective Exchange Rate, the greenback cannot be described as being 'cheap'."

The benchmark U.S. Treasury yield edged higher after falling to multi-week lows on Thursday on easing inflation concerns and a strong auction of 2-year notes.

Oil was little changed as traders weighed expectations of improving demand in the U.S. against the possibility of new supply from Iran. Global benchmark Brent crude was up 3 cents at $68.68 and U.S. crude fell 7 cents to $66 per barrel.

Bitcoin was up 0.88% at $38,736.99 despite China's northern region of Inner Mongolia escalating a campaign against cryptocurrency mining on Tuesday, days after Beijing vowed to crack down on bitcoin mining and trading.