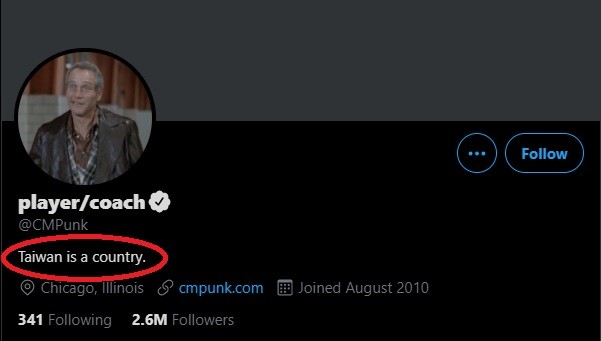 TAIPEI (Taiwan News) — Former professional wrestler CM Punk on Wednesday (May 26) joined the tag team of politicians and pundits slamming wrestler John Cena for his groveling apology to Chinese netizens for referring to Taiwan as a country.

After Chinese netizens became enraged over Cena's reference to Taiwan as a country in a TVBS promo video for "Fast and Furious 9," Cena on Tuesday (May 25) apologized profusely in Mandarin in a video he posted on Chinese social media app Weibo. In the video, he said he was "very very sorry for my mistake" and stressed that "I very much love and very much respect China and Chinese people."

Ironically, the very audience he was trying to appease was less than impressed. Many Chinese felt he was being two-faced to please audiences in both markets and many insisted that he explicitly state "Taiwan is part of China" as part of his apology before they would accept it.

On Twitter, the backlash among politicians, pundits, and netizens alike was so great that criticism and mockery of Cena were trending under both the Taiwan and John Cena hashtags by Wednesday. Cena's old WWE rival CM Punk jumped into the fray by posting a cryptic tweet that simply read "New bio!" Former Secretary of State Mike Pompeo poked fun at Cena using the performer's famous "you can't see me" taunt, saying "Yeah, John, you were correct. On your bowing to the Chinese Communist Party... I don’t see you!" He then called on the world to "stand with Taiwan and for freedom."

Yeah, John, you were correct. On your bowing to the Chinese Communist Party... I don’t see you!

We must stand with Taiwan and for freedom.https://t.co/e5mqrmz47p

Senator Tom Cotton (R-AR) retweeted Cena's apology video Tuesday night and simply wrote "Pathetic." Less than an hour later, Senator Rick Scott (R-FL) described Cena's move as "Insane" and said that "Instead of kowtowing to the Communist Party of China," the U.S. should stand up for Taiwan as it faces "increasing threats and aggression" from Chinese General Secretary Xi Jinping.

American political commentator and writer Keith Oberman on Wednesday morning condemned Cena's "gutlessness." CNN anchor Jim Sciutto lamented that despite the fact that Taiwan is a "decades-long healthy and functioning democracy," Hollywood does not dare acknowledge this for fear of angering Beijing and jeopardizing the cash flow for its blockbusters in the China market.

Such gutlessness from @johncena. Amazing. https://t.co/5zFihN0rCh

Why not call a decades-long healthy and functioning democracy a country? Because much of Hollywood operates in fear of Beijing, many of its blockbuster movies dependent on the mainland Chinese market. https://t.co/2mPcNAT6R3

Chinese news agency Caixin pointed out that the weekly box office in China had exceeded 1 billion Chinese yuan (US$156 million) during a non-holiday period for the first time since January. Of these ticket sales, "Fast and Furious 9" raked in 876 million yuan, or about two-thirds of the total. 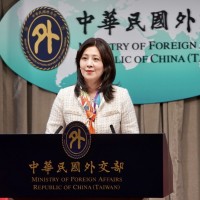