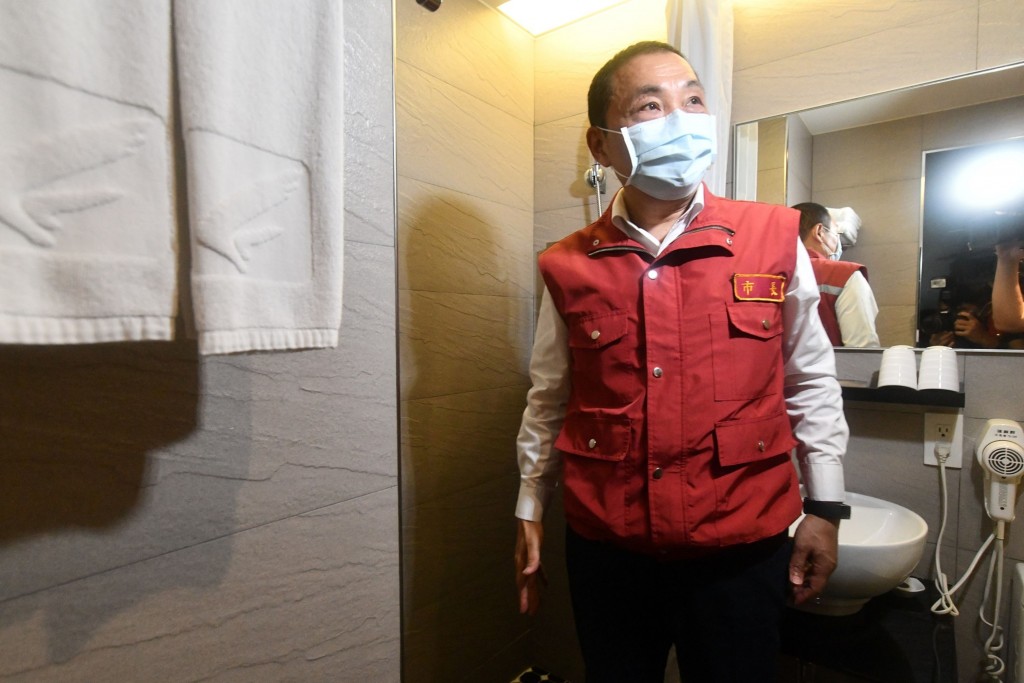 The survey compared public opinion about the mayors of the six special municipalities during the coronavirus surge, which surfaced on May 15, with both Taipei City and the surrounding city of New Taipei as the worst-hit areas.

In contrast, President Tsai Ing-wen’s (蔡英文) support had fallen below 50 percent for the first time in her second term, TPOF Chairman Ying-lung You (游盈隆) said. Since May 2020, she has plunged from 71.2 percent to 45.7 percent, the equivalent of losing the support of 5 million voters in just one year.

Asked about the performance of the six mayors, New Taipei City’s Hou received an approval rating of 49.1 percent, followed by Ko at 31.4 percent. Taichung City Mayor Lu Shiow-yen (盧秀燕), like Hou a member of the opposition Kuomintang (KMT), ended up third with 14.6 percent.

Different age groups held diverging opinions about the mayors, with the group from 25 to 34 years of age praising Ko, while older survey respondents said Hou was the most effective. No matter what professional background, education level, or ethnic origin the poll participants came from, the majority picked Hou as the best with Ko second, You said.