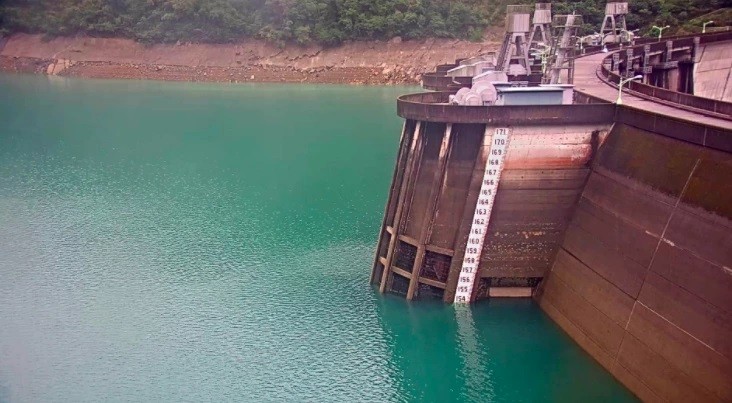 Over 30 weather stations across the country registered over 100 millimeters of rainfall that day, amounting to 12.1 million cubic meters added to the nation's reservoirs, the equivalent to one day of water consumption, according to a statement issued by the Water Resources Agency (WRA). Feitsui Reservoir in New Taipei saw the largest inflow, with 84.9 mm of rain bringing 9 million m³ of water.

In second place was Taoyuan's Shihmen Reservoir, which reported 19.5 mm of rain, contributing 2.5 million m³ of water, enough for two days of consumption. However, this only filled 9.55 percent of its storage capacity.

Despite the rain, water levels are still extremely low at many of the country's reservoirs south of Hsinchu. According to the WRA, Second Baoshan is down to 2.6 percent of capacity, Yongheshan has dropped to 2.1 percent, Miaoli County's Liyutan Reservoir has plunged to 1.6 percent, and Taichung's Deji Reservoir has plummeted to 1.1 percent.